“For some time before I applied to be a Deputy District Judge (MC), I had thought that it would be a job that I’d both enjoy and be good at.

In 2011 I applied to shadow a District Judge (MC) for three days so I could get a greater insight into the role and speak with judges as to their experience sitting. I shadowed at Hammersmith Magistrates’ Court. I was initially allocated to District Judge Williams though I also spent a day shadowing District Judge Jeremy Coleman.

I was an experienced advocate and was a little sceptical as to whether shadowing a District Judge in court would give me a greater insight into the job. I was wrong.

Shadowing Judge Williams and Judge Coleman gave me an entirely different perspective as to what takes place in court. Not just the change in vantage point but the juggling of different needs, from the defendants, the complainants, the lawyers, probation, mental health services as well as police officers turning up in the middle of a list applying for search warrants.

I also got an appreciation of the work done by the judges outside of court.

The whole experience reaffirmed my interest in applying. The shadowing gave me confidence in my decision to pursue a judicial career.

In 2011 I applied to become a Deputy District Judge and was subsequently appointed. I knew from my first day sitting that I wanted to continue on to a full-time post.

In 2016 I was appointed as a District Judge (MC). I was posted to Hammersmith Magistrates’ Court and was fortunate enough to share an office with Judge Coleman five years after first shadowing him.

I would urge anyone interested in pursuing a career in the judiciary to make use of the shadowing scheme, even if you have considerable experience in the area of law that you are hoping to sit.”

“In September 2005 I had the pleasure of spending three days work shadowing HHJ Machin at Lincoln Crown Court. As a barrister with a commercial practice and no experience in crime, the experience was a revelation.

I sat beside Judge Machin as he presided over the trial of a defendant accused of possession of a Class A drug with intent to supply. What a view of the court! How much I could hear! What a contrast in styles between counsel! After half a day, the trial was abandoned because a police witness gave an answer suggesting that the defendant was well known to him. So it was “ground hog day” the next day when the trial began again.

The whole trial was full of human interest and a complete contrast to my day job as a commercial barrister. I was struck by how little reading needed to be done and the friendliness of the court staff. I knew straight away that I would enjoy sitting in crime.

Judge Machin and the Recorder of Lincoln – whom I watched passing some sentences – were extremely kind to me and answered all my questions. They told me how and why they had become judges and the good and the less-good aspects of the job.

I was particularly grateful to Judge Machin for showing me the excellent handbooks judges use, such as the Crown Court Index, Thomas’s Sentencing Referencer and, of course, the Judicial Studies Board (JSB) Bench Book. It gave me confidence to know that some aspects of criminal judge-craft are written down and so accessible to civil practitioners.

The experience of work shadowing was invaluable to me when I applied to become a Recorder, especially when it came to the role play. I recommend it to anyone thinking of applying. To get the most benefit, apply for work shadowing well before you may be applying to be a Recorder. Good luck! 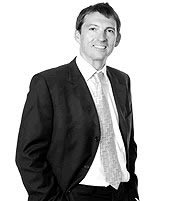 “I spent three days work shadowing a circuit judge, observing the proceedings from the judge’s perspective and discussing the case with him and his fellow judges.

The scheme provides a welcome opportunity for existing members of the judiciary to discuss their own experiences of the appointments process, to dispel misunderstandings and promote a culture of openness.

I was able to hear all the evidence in a complex case involving three expert witnesses. It was very interesting to observe the court proceedings from the judge’s perspective rather than as an advocate and to discuss the case with him. I was well looked after each day by the very helpful court staff. Although his judgment was delivered after my sitting finished, Judge Appleby sent me a copy by email. He was always friendly and chatty despite his heavy workload. At lunchtime we joined the other judges sitting that day to eat our lunch. They all made me feel very welcome and I found the atmosphere to be unstuffy and collegiate. I listened attentively but was also encouraged to participate in the lively exchanges of views and experiences. I thoroughly enjoyed my three days work shadowing and I would recommend the scheme to anyone who is interested in observing and gaining a better understanding of the life of a circuit, district or tribunal judge.” 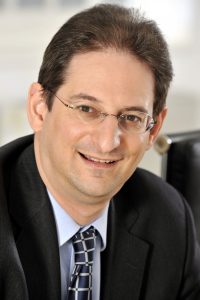 “I never imagined that someone from my background would ever have the opportunity to take up a formal judicial role. Furthermore, notwithstanding the fact that I had been attending court in one capacity or another for over two decades, I still perceived the judiciary as existing in some rarefied environment, detached from the real world.

My time spent shadowing HHJ Critchlow in the Crown Court at Guildford greatly changed that perspective. I was immediately struck by the collegiate atmosphere amongst the judges. Much like in Chambers, they regularly discussed cases and sought advice from one another.

As I did not practice in crime, I had little experience of work in the Crown Court. Judge Critchlow took time to explain to me what kind of work I would (and would not) be doing as a Recorder. Throughout the week, I was given plenty of advice and positive encouragement regarding my application. If I had any uncertainty about whether a judicial role was something that I could and should pursue, I was left in no doubt by the time the week was over.

I had some awareness of the difficulties being experienced by the criminal bar and, and, as well as speaking about this with the local judges, I spent some time talking to members of the bar at court about the problem as they perceived them. Following this, I decided to join the Criminal Bar Association so that I could ensure that I was firmly in touch with developments at the criminal bar (as well as enjoying the excellent CPD opportunities membership afforded). This membership is something that I have kept up following my appointment.

I was appointed as Recorder sitting in Crime in 2018 and obtained authorisation to sit in Civil in 2019. It is exceptionally rewarding opportunity and I am now considering my next judicial application. I still look back at my time in Guildford with exceptional gratitude for the opportunities it afforded me.”