Mr Justice Dingemans volunteered to be a mentor. He was paired with Tribunal Judge Alison McKenna. This is what they said.

“I have found being mentored by James (Mr Justice Dingemans) really helpful. We didn’t know each other before we were paired, but James immediately got in touch and invited me to tea in the Royal Courts of Justice to talk about my career ambitions and how he could help me.

We discussed a particular Judicial Appointments Commission (JAC) competition that I wanted to apply for so that I could send him my draft application. We met up again to discuss my self-assessment examples and he had some excellent suggestions. He also arranged some informal sitting-in for me with a colleague who did relevant work. This was helpful to me at interview as I understood more about the role.

As a Tribunal Judge looking to apply for a court role, his insight and guidance about life as a court judge was invaluable. I was unsuccessful in my application, but James was able to discuss the feedback with me, suggest things I could do to strengthen my experience and encourage me to re-apply.” 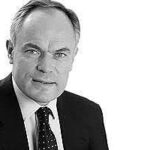 “When I was a practising barrister I had been involved in mentoring new practitioners, so I was very happy to volunteer for the mentoring scheme.  There was a training day which was very helpful in providing a structure for mentoring and updating the mentors on what the JAC was looking for in applications from those they would be mentoring.

Alison was one of the first judges that I had mentored through the scheme, and we have worked together for a period.  It has been a very enjoyable and rewarding experience from my point of view, and I hope that some of the discussions and guidance have been useful.”

Regional Tribunal Judge Hugh Howard volunteered to be a mentor. He was paired with Sandra Ballentine. This is what they said. 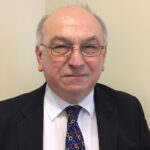 “When I was 33 I was asked by a judge to stay behind after the case had been concluded.  Fearing the worst for some dreadful transgression I was shocked for him to say, ‘Mr Howard, some of us this side of the bench are wondering why you have not joined us.  Think about it.’  And he got up and walked out.

I have no idea what he saw in a long-haired truculent solicitor but the rest is history and, over 30 years later, I am still judging.  Most of us need that inspiration.  Over the years I have delighted in watching others flourish and achieve judicial appointments.

When Sandra was first assigned to me under the official scheme it was, for me, a challenge.  I cannot see the world through the eyes of a woman and certainly not a black woman. I can only begin to imagine the difficulties and discrimination that some very competent professional people experience.

We had also to address issues of confidence.  Sandra had been unsuccessful in previous applications.  However, with her determination and impressive work ethic, she achieved her goal. We continue to work together on an informal basis, as she explores further judicial opportunities.” 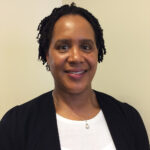 “I was daunted by the prospect of meeting my mentor for the first time. My only experience of speaking to a judge was as an advocate from the other side of a bench, never for an informal chat.

Having experienced what felt like rejection from unsuccessful judicial applications, I thought I did not have what it took to succeed and needed to ‘up my game’ but did not know how.

However, I was grateful for the opportunity and eager to learn. Hugh was a hard task master. The tasks and exercises I was given were challenging. I had to put myself out there, but they were relevant and a good learning curve.

The guidance and support of a judicial mentor was invaluable. The experience gave me an insight into the human face of the judiciary, one that was caring, supportive and passionate about the people who serve in it and are served by it. It has enabled me to make applications confidently and successfully. With the ‘know how’, hard work and determination, my dreams and aspirations can become a reality.”