His Honour Judge Geraint Walters shares his reflections on how Swansea Crown Court has adapted to enable justice to be delivered during Covid-19 restrictions.

When the initial restrictions on movement came into effect during March, like others, the court reacted swiftly with hearings and sentencing initially conducted by judges remotely. His Honour Judge Geraint Walters recounts those early days and shares how things have progressed: 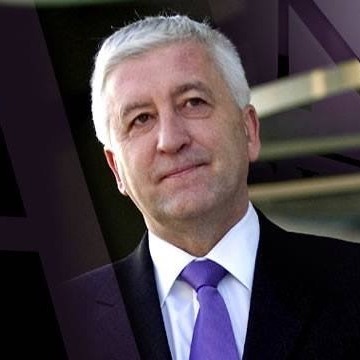 “When Covid-19 struck, within days the court was able to react. Hearings were at first conducted from the homes of those involved. There was a remarkable response from Her Majesty’s Courts and Tribunals Service (HMCTS) for the need to upgrade technology in conducting court hearings that worked. The speed of it all was unprecedented.

Everybody recognises that it would be difficult to completely go back to the way things were done before. Modernity was forced upon us here and, surprisingly, it worked!

There remained a problem however; how could we at Swansea Crown Court, applying the law that applies in England and Wales (and at times the law differs), conduct jury trials?

HMCTS faced up to the challenge. There was not a single employee, manager or judge who did not fully engage. Positions did not matter; there was a common purpose.

In our Court Centre a vast amount of work was conducted via the Cloud Video Platform (CVP), having been one of those courts to receive an early day CVP licence. Judges ventured back into the building when it was safe to do so.

The preparation was exceptional, which was down to the HMCTS staff. They achieved a lot in very little time and without that effort we could not be where we are now. Bail cases resumed but trials, however, required a jury. That was potentially a huge hurdle and within a few weeks it was achieved.

During the first jury trials every single juror on a ‘Covid one-week service’ asked whether they could come back for the customary second week. That says it all, when considering the efforts of our staff.

Catching up on jury trials

Listing trials called for rigorous pre-trial management to make sure that the cases involved needed a jury. None of the cases were listed until a pre-trial review was conducted. We had a good outcome to that. Two cases in a period of six weeks did plead on the day of trial, but in the main, the jury utilisation is much higher than pre-Covid. In fact, other than those two cases, the jury utilisation in the six weeks when trials have taken place here has been 100%.

At this Court Centre we are pretty much up to date with everything except trials and multi defendant sentencing. We all appreciate that the major problem now is the ability to catch up on jury trials.

Within days of being given the brief to look for alternative court buildings, HMCTS staff had identified some premises, including the one-time home of the City Council at the Civic Centre on the seafront. It took two weeks to move from an idea to reality, thanks to the efforts of HMCTS staff and City Council officers. As I write, the Council Chamber and adjoining rooms are being made fit for purpose. 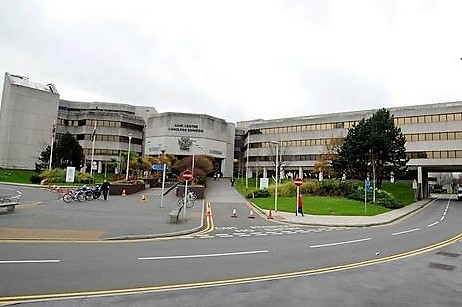 The Civic Buildings. Home to the new Court.

The new Civic Centre Court will begin hearing jury trials on the 17 August 2020. In preparation; staff, judges and management have worked together in planning the layout of the new facilities. Each potential case for trial has been subjected to a pre-trial review to ensure full use of the facility. The expectation is 100% jury utilisation.

The new court room is being adapted to be able to conduct all types of Crown Court cases. It has the capacity to try multiple defendant cases, maybe as many as ten socially distanced in a dock. We will get on with bail cases whilst some of the works are undertaken.

Proudly displayed above what will soon be the judge’s chair was the City Council’s Coat of Arms and its motto ‘Floreat Swansea’ (‘May Swansea Flourish’). While that is being replaced (for later use elsewhere) with the Royal Coat of Arms it has to be said that its declared ambition for the city will long outlive the plaque itself.”