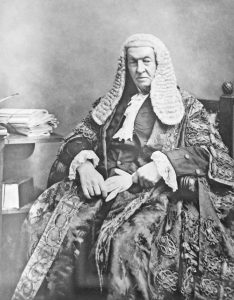 Because 1 March – the date on which the Commercial Court first sat – is a Sunday this year, the anniversary celebrations start on Monday, 2 March with a dual event at the Rolls Building on Fetter Lane, London.

There will be a ceremony marking the anniversary at 1.15pm, with short speeches from the Lord Chief Justice, Lord Burnett of Maldon, and the President of the Law Society, Simon Davis, followed by lunch (invitation only) sponsored by the Commercial Bar Association (COMBAR). 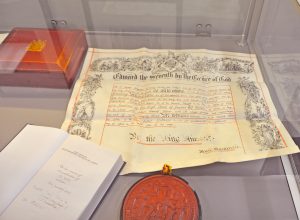 Other confirmed events being held as part of the anniversary celebrations, organised with the help of Court practitioners and users, include:

26 March 2020 – Commercial Litigators’ Forum reception at the Royal Court of Justice, jointly celebrating the anniversary and Access to Justice, with a keynote address from the Lord Chancellor, Robert Buckland. 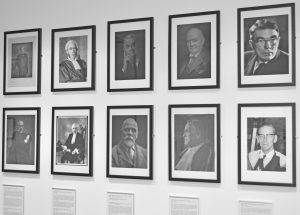 More events will be confirmed shortly, with one expecting to be internationally-focused to coincide with the opening of the legal year 2020-2021. Watch out for details in the future on the Commercial Court news page (opens in a new tab).

“The Court exists to provide business users with high quality and efficient dispute resolution. The anniversary celebrates the Court’s history and heritage and also the fact that it continues to be recognised as a leading centre of international dispute resolution – as well as playing an important role as the supervisory Court for the vibrant international arbitration business which has London as its base.”

So international is the Court’s reach that Mr Justice Teare, the current Judge in Charge, says that “few natural disasters (such as the collapse of the dam in South America or the outbreak of avian flu in North America) and few areas of unrest in the world (such as Libya and Yemen) are not subject to detailed attention and analysis in the Court.

Another feature of the Commercial Court is its international liaison work. Each year sees many visits from judges of other jurisdictions. Since 2017 the Court has been the headquarters of the Standing International Forum of Commercial Courts (external link, opens in a new tab). This was established following an initiative by Lord Thomas, former Lord Chief Justice. The aim is to create a forum which promotes collaboration between the world’s Commercial Courts, supporting best practice in the effective resolution of commercial disputes, thereby promoting the rule of law. 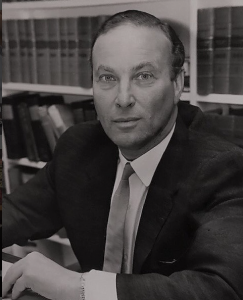 One of the Commercial Court’s most significant judges was Sir Michael Robert Kerr (1921-2002), the first foreign-born judge of England and Wales since Norman times.

Born to a Berlin Jewish family which fled Germany in 1933, Sir Michael’s merits existed both inside and outside of the courtroom.

As the brother of Judith Kerr, he was the inspiration for the character of Max in her eminent novel ‘When Hitler Stole Pink Rabbit’. In his youth he served as an RAF pilot in World War II before gaining a law degree at Cambridge.

Appointed to the Bench as Commercial Court judge in 1972, and to the Court of Appeal in 1981, his judgments (English being his third language) were famed for his elegance of expression.

After a career on the Bench he eventually retired early to start his third legal career as an arbitrator, playing a key role in the revival of the London Court of International Arbitration.

The Commercial Court (opens in a new tab) public webpages