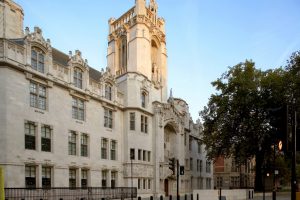 The Supreme Court in London

Members of the Japanese and UK judiciary will take part in an online meeting later today (Thursday 28 January).

Part of the Supreme Court’s programme of international engagement, this will be an opportunity to strengthen relationships and share learnings about how both court systems have responded to the COVID-19 pandemic.

This will be the first virtual international event that the Japanese judiciary have organised.

“As a flagship for the UK’s commitment to the rule of law, it is important that the Supreme Court should build strong relationships with courts around the world which share that commitment.”

“At today’s meeting, we will discuss our respective approach to keeping the justice system in each country functioning during the pandemic, including through an imaginative use of technology. These conversations reflect our shared values, in particular a commitment to the rule of law both domestically and internationally.”

Here is a screenshot of the meeting taking place: