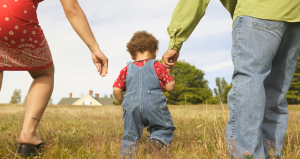 I am delighted to draw attention to the successful extension of the Financial Remedies Courts (FRC) project from its single original pilot zone (in operation since last year in Birmingham) to eight new zones.

These are the new zones announced by the President of the Family Division last year. Lead Judges are in post in all zones. FRC ticketed judges have been identified in all zones. All zones are now operationally up and running, as planned.

It is early days, but the project has been greeted enthusiastically by financial remedies practitioners and presents many exciting opportunities for the efficient and effective delivery by the court system of this area of work, which is so important to individuals who wish to resolve the financial aspects of their relationship breakdown in a way which is as painless as possible, both in terms of its financial and emotional costs.

My aim in taking the Financial Remedies Court project forward is to ensure that cases are dealt with by ticketed judges who have a knowledge and experience of financial remedies work. It is important that cases are properly allocated from the outset to the right level of judge in the right place and allocation procedures are in place in all zones. We think it important to ensure that judges of all levels, including Circuit Judges and Recorders, are involved with first instance cases.

We are enthusiastically working on plans to develop the project. Our plan is to digitalise all financial remedies work and the necessary IT development is well under way, being in use in some areas with a plan to spread it rapidly and widely.

We expect to make further announcements in the coming months to extend the project to geographical areas not currently covered.

Recognising that reported cases often involve very big amounts of money not found in the normal run of cases, we are working, with the support of the Law Commission, on a unique web-based scheme to capture case final order data which, in due course, we hope will assist the achievement of consistency and predictability in mainstream financial remedies cases.

We plan to move the approval of financial remedies consent orders away from the Regional Divorce Centres to the FRCs as soon as this can be administratively achieved.

We are promoting out of court dispute resolution, for example private FDRs and arbitration.

We have started working on plans for virtual courts, starting with appeals where parties are legally represented and in due course extending to some First Appointments.

It is an exciting time to be involved in this project.

Existing FRC Zones as at June 2019