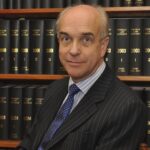 Born in Hertfordshire, Sir Jonathan Baker was awarded a scholarship in history to study law at Cambridge. He was the first in his family to attend university and the first to become a lawyer.

He was called to the Bar in 1978 and became a QC in 2001. Initially practising common law, he went on to specialise in family law, in particularly relating to children. He was appointed as an Assistant Recorder in 1998, Recorder in 2000 and Deputy High Court Judge in 2003, sitting in the Family Division.  He was appointed to the High Court (Family Division) in 2009, also sitting in the Court of Protection and he has become a leading authority on the law relating to children and mentally incapacitated adults.

Mr Justice Baker has ruled on a number of significant cases including those involving serious allegations of child abuse and medical treatment cases, including the case of Ashya King, and has given a number of leading judgments on the Mental Capacity Act, including cases involving patients suffering from disorders of consciousness. 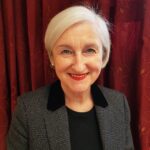 Dame Nicola Davies grew up in Llanelli and Bridgend, Wales, where she attended Bridgend Girls Grammar School. She was the first in her family to attend university and the first lawyer in her family.

She trained as a solicitor and initially worked in the City as an investment analyst, before being called to the Bar in 1976. She specialised in medical law encompassing clinical negligence, crime, regulatory work and inquiries and acted in a number of notable cases including Sidaway v Board of Governors of the Bethlem Hospital, the Cleveland Child Abuse Inquiry, Bristol Heart Surgeons Inquiry at the General Medical Council. She also represented Dr Harold Shipman at his criminal trial and represented Professor Sir Roy Meadow at his professional disciplinary proceedings.

Mrs Justice Nicola Davies was appointed Queen’s Counsel in 1992 and as a Deputy High Court judge in 2003. She was appointed to the Queen’s Bench Division of the High Court in 2010.  Between 2014 and 2017 she was Presiding Judge of the Circuit in Wales.  She was the first Welsh woman to hold all of these appointments.  She will be the first Welsh woman to be appointed as a Lady Justice of Appeal.  Mrs Justice Nicola Davies took the judicial lead in the Reform Programme in Wales.  She is an Honorary Fellow of Cardiff University. 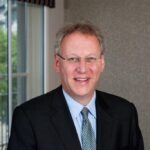 Sir Nicholas Green was brought up in Birmingham, attending a local state primary school before studying at King Edwards Camp Hill Grammar School. The first of his family to become a lawyer, Sir Nicholas went into academia after university, as a lecturer at the University of Southampton between 1981 and 1985.

He was called to the Bar in 1986, whilst still lecturing part-time at the University of London, and was appointed a Queen’s Council in 1998. A specialist in European, commercial and constitutional law, Sir Nicholas has previously served as Chairman of the Bar Council and the Advocacy Training Council. During his extensive career, one case of note was R (Factortame Ltd) v Secretary of State for Transport which was the first case which established the right of the court to grant an injunction against Parliament. He has been a judge of the High Court of Justice (Queen’s Bench Division) since 2013. 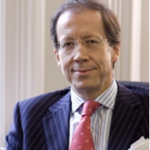 Sir Charles Haddon-Cave was brought up in Kenya, the Seychelles and Hong Kong.  He was educated abroad before attending school and university in the UK.  He trained in London as a barrister and was called to both the English and Hong Kong Bars.  He practised in shipping, aviation and commercial law.

When at the Bar, Charles Haddon-Cave acted in many notable cases, including representing all the victims of the Herald of Free Enterprise/ Zeebrugge disaster, the Marchioness disaster and the Kegworth Air crash.   He conducted the inquiry into the loss of RAF Nimrod XV230 (2007 to 2009).

He was Presiding Judge of the Midland Circuit (2013 to 2017).  He was appointed a member of the Criminal Procedure Rule Committee in 2018.   He is currently Judge in charge of the Terrorist List. 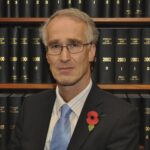 Sir Stephen Males was educated at state primary and secondary schools in the home counties, before going on to be the first in his family to attend University and the first to become a lawyer.

He was called to the bar in 1978 and became a Queens Counsel in 1998. Between 1998 and 2012 he was an Assistant Recorder and Recorder and a Deputy High Court Judge sitting in the Administrative Court and Commercial Court. He was appointed to the High Court in 2012 and is currently a Presiding Judge of the North Eastern Circuit.

A specialist in commercial law and arbitration, he has acted in and decided a number of notable cases including Allianz SpA v West Tankers on antisuit injunctions in EU law, NA v Nottingham County Council on the liability of local authorities for the wrongful acts of foster carers  and Rathband v Northumbria Police (the policeman who was shot by gunman Raoul Moat). 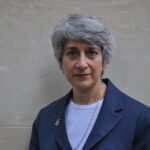 Born in North London, Dame Vivien Rose attended a comprehensive school in Brent before becoming the first lawyer in her family.

She was called to the bar at Gray’s Inn in 1984 and spent 10 years in private practice as a barrister specialising in domestic and EU competition law before joining the Government Legal Service in 1996, working as an advisory lawyer in HM Treasury until 2001. In 2002 she joined the Ministry of Defence as Director of Operations and International Humanitarian Law advising the department during the preparation and conduct of the second Gulf War. From 2005 – 2008 she was seconded to be a Deputy Counsel in the Office of Counsel to Speaker of the House of Commons.

Dame Vivien was appointed a chairman of the Competition Appeal Tribunal in 2005 and as a judge of the Charities Tribunal (later the First-tier Tribunal (Charities)) in 2008. She became a Recorder in 2010 and was appointed a Judge of the High Court Chancery Division in 2013. She is President of the Upper Tribunal (Tax and Chancery Chamber) and a nominated judge for the Financial List. 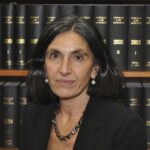 Dame Ingrid Simler was born in South Africa and emigrated to London as a child. She was educated at a grammar school in North London, becoming a British citizen in 1981.

Dame Ingrid was called to the bar at Inner Temple in 1987 and was appointed Queen’s Counsel in 2006. She was appointed a Recorder in 2002 and has been a judge of the High Court of Justice (Queen’s Bench Division) since 2013.

She is currently President of the Employment Appeal Tribunal and is a High Court Liaison Judge for Diversity. In November 2016 she was appointed by the Master of the Rolls to the Civil Executive Team providing support to the MR for the oversight of civil justice and implementation of the Reform Programme as it affects civil justice.

Dame Ingrid is recognised for her expertise across a range of areas including employment law, tax litigation, public and administrative law, and human rights.