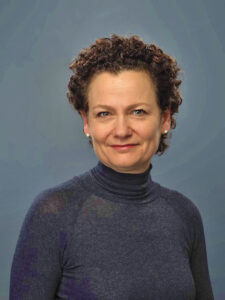 Philippa Whipple was appointed to sit as a High Court Judge in the Queen’s Bench Division in 2015. She has tried a wide variety of cases in the criminal, civil and tax jurisdictions. She was a commissioner at the Judicial Appointments Commission from 2017-2019 (acting Vice-Chair 2017-2018). She became a Presiding Judge on the South Eastern Circuit in 2018 and, in 2021, is the lead Presider for that Circuit with particular responsibility for crime in London.

Prior to appointment, she was a barrister practising from 1 Crown Office Row in London, with specialisms in healthcare, public law and indirect tax. She took silk in 2010. As a junior barrister she often acted for Government (being appointed to the AG’s A Panel). She was lead Counsel to the Detainee Inquiry (chaired by Sir Peter Gibson) from 2010-2013. She was appointed a Recorder (Western Circuit) in 2005 and became a Deputy High Court Judge (Administrative Court) in 2013.

At the start of her legal career, she qualified as a solicitor at Freshfields (now Freshfields Bruckhaus Deringer) and spent three years in the tax department of that firm before moving to the Bar in 1994.

She studied law at Merton College, Oxford. She was a founding member and first Chair of the Merton Lawyers Association and is currently the President of the Merton Society (alumni association).  She is an honorary Fellow of the College.

She is a Bencher of Middle Temple. She chaired that Inn’s Finance and Resources Committee from 2016-18. She currently leads on a project initiated by Middle Temple to celebrate the centenary of women at the Bar. She is one of four Trustees of Middle Temple.