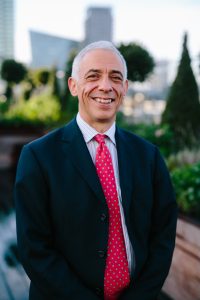 David Waksman became a Judge of the Commercial Court and the Technology and Construction Court in 2018.

He is authorised to sit in the Competition Appeal Tribunal, the Commercial Court, the Technology and Construction Court and the Administrative Court. He is also a designated judge of the Planning Court.

Mr Justice Waksman was educated at the Royal Grammar School, Newcastle, before reading Law at Manchester University. He then took the postgraduate degree of BCL at St Catherine’s College, Oxford. He was called to the Bar by Middle Temple in 1982 and practised in commercial law from Fountain Court Chambers.

He is a former Course Director of the Judicial College for training in Specialist Jurisdictions. He has also been involved in a number of recent procedural reforms including concurrent expert evidence, costs management and witness statements.