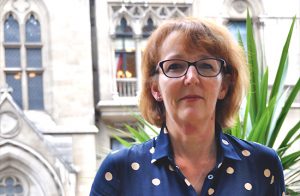 Judge Fiona Monk was admitted as a Solicitor in 1988. She was appointed as a fee-paid Employment Judge in 2000, as a salaried Employment Judge in 2007 and as Regional Employment Judge for the Midlands (West) Region in 2011. She was appointed as Senior Resident Judge and then Acting Chamber President of the War Pensions and Armed Forces Compensation Chamber for the period 2016 to 2018. She is currently the Senior President of Tribunals’ Principal Judge for Strategy and Implementation. She has been a Diversity and Community Relations Judge since 2013.