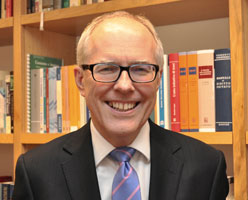 He was originally called to the Bar in 1981 but cross-qualified to be admitted a solicitor in 1987, practising in the fields of chancery and commercial litigation, first with Hopkins & Wood, and then with Withers.

He is an author or editor of Underhill & Hayton on Trusts and Trustees, Matthews and Malek on Disclosure, Trust and Estate Disputes, Trusts: Migration and Change of Proper Law, The Jersey Law of Trusts, Jersey Property Law, and Jervis on Coroners, amongst other works.