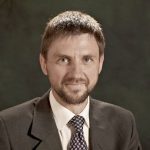 Sir Andrew Baker was called to the Bar by Lincoln’s Inn in 1988, after a State school education in Scotland and higher education at Merton College, Oxford (reading Mathematics), the City University, London (reading Law) and the Inns of Court School of Law (for Bar Finals).  He practised at the Commercial Bar from 1989 to 2016, with particular specialisms in dry shipping, international sale of goods, insurance and reinsurance, conflict of laws, arbitration and international banking/derivatives.  He was appointed a QC in 2006, acted regularly as arbitrator as well as counsel, was made a Recorder of the Crown Court in 2012 and was authorised to sit as a Deputy High Court judge in May 2016, before his appointment as a High Court judge on 1 November 2016.

He is a co-author of the 6th and 7th Editions of “Time Charters” in the Lloyd’s Shipping Law Library, and between June 2009 and June 2016 was one of the Series Editors for that Library.