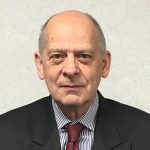 Sir Gerald Barling is a Justice of the Chancery Division of the High Court of Justice of England and Wales.

In 1991 he was appointed Queen’s Counsel.

Before his appointment to the High Court in 2007 he was a Deputy High Court Judge and also sat as a Recorder on the Midland Circuit and as an Acting Deemster in the Isle of Man Court of Appeal.

He was President of the Competition Appeal Tribunal from 2007-2013.

In July 2017, he became the Chancery Supervising Judge for the North and North-East Circuits, and is therefore the current Vice-Chancellor of the County Palatine.