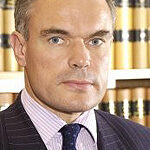 He was Chairman of the International Committee of the Bar Council from 2009 to 2012 and he was a member of the Executive Committee of the Commonwealth Lawyers’ Association. He was a Presiding Judge of the Western Circuit from 2014 to 2018. He is a member of the Council of the Commonwealth Magistrates and Judges Association. He was appointed to the Court of Appeal on 23 October 2019.

Lord Justice Dingemans was appointed Vice-President of the Queen’s Bench Division for a three year term with effect from 5 February 2020.

Lord Chief Justice has since appointed Lord Justice Dingemans as lead judge for International Relations. His appointment, which took effect from 26 February 2021 for a period of four years, follows the appointment of his predecessor, Lord Justice Flaux, as the Chancellor of the High Court.