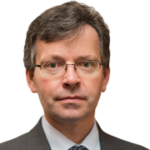 Sir Timothy Fancourt was appointed as President of the Lands Chamber of the Upper Tribunal on 1 August 2019.

He was called to the Bar by Lincoln’s Inn in 1987. Following a chancery pupillage in Lincoln’s Inn, he started practice specialising in real property and landlord and tenant law.

In 1996 he was elected to the Bar Council of England and Wales. He took Silk in 2003 and was appointed as a Recorder (Crime) in 2009. In 2012 he became chairman of the Chancery Bar Association.