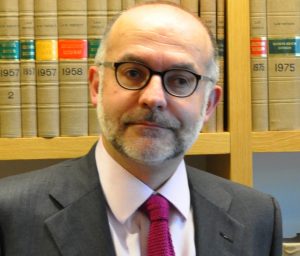 Sir Marcus Smith was called to the Bar in 1991 and took silk in 2010. He was appointed a chairman of the Competition Appeal Tribunal in 2009 and was the chair of the Appeals Committee of the Human Fertilisation and Embryology Authority between 2015 and 2017.

He became a High Court Judge (Chancery Division) in January 2017. He is authorised to sit as a judge of the Financial List and of the Patents Court, and sits additionally in the Upper Tribunal (Tax and Chancery) and the Administrative Court.

Between 2019 and 2021, Marcus was the Business and Property Courts Supervising Judge for the Midland, Western and Wales Circuits. He relinquished that role on his appointment, in November 2021, as President of the Competition Appeal Tribunal.

Marcus has written extensively on the law of intangible property (notably The Law of Assignment) and on commercial and competition law more generally.