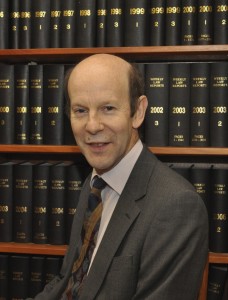 Sir Peter Roth is a Justice of the Chancery Division of the High Court of England and Wales, and President of the UK Competition Appeal Tribunal. He was called to the Bar in 1977 and took Silk in 1997.

He was appointed a Recorder in 2000 and a High Court Judge in 2009. Sir Peter was, for many years, a leading practitioner in competition law and, as a judge, has heard many of the recent competition cases brought in the High Court.

From 2003 to 2009 he was Chairman of the Competition Law Association, he held a visiting professorship at King’s College, London, teaching competition law on the LLM course and he was the General Editor of the 5th and 6th editions of Bellamy & Child on European Union Law of Competition.