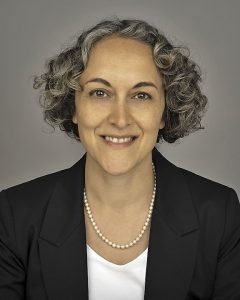 Kelyn Bacon was born in Mumbai and moved to England as a child.

She attended local state schools in Somerset, before studying law at Oxford University and Konstanz University, followed by a Masters degree in European Law at the European University Institute in Florence. She was called to the Bar in 1998 and appointed Queen’s Counsel in 2014, specialising in EU and competition law. She is a Governing Bencher of the Inner Temple.