Sir Andrew McFarlane became the President of the Family Division on 28 July 2018. 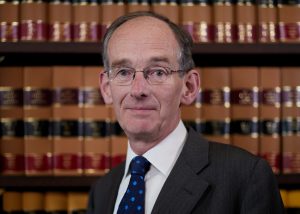