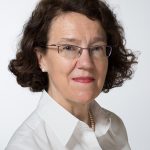 In 2010 Lady Justice Thirlwall was appointed as a High Court Judge and assigned to the Queen’s Bench Division. Between 2011 and 2015, she served as the Presiding Judge of the Midland Circuit. During that time she was Chair of Magistrates Training at the Judicial College. In 2016 she was appointed to the Sentencing Council.

She was appointed a Lady Justice of the Court of Appeal in February 2017.