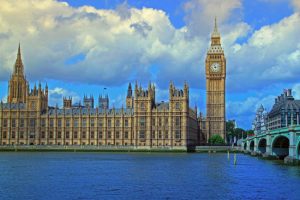 Both Houses of Parliament have the power to petition The Queen for the removal of a judge of the High Court or the Court of Appeal.

This power originates in the 1701 Act of Settlement and is now contained in section 11(3) of the Supreme Court Act 1981.

It has never had to be exercised in England and Wales. It has in fact only been exercised once, when Sir Jonah Barrington was removed from office as a judge of the Irish High Court of Admiralty in 1830 for corruption: he misappropriated funds due to litigants. No English High Court or Court of Appeal judge has ever been removed from office under these powers. Circuit and District Judges can be removed by the Lord Chancellor. However, they can only do so if the Lord Chief Justice agrees.

Turning to other forms of accountability, the sub judice ”rule” prevents the discussion of ongoing cases in Parliament, but, subject to that, the decisions and conduct of individual Judges may be mentioned in debates in either House of Parliament. This does not, however, mean that judges are accountable to Parliament for their decisions in particular cases, save insofar as Parliament may legislate to reverse the effect of a decision or change the law as established or interpreted by a judicial decision.

It has often been suggested that judges are somehow able to ‘overrule’ legislation, for example if, exercising the power given to them by the Human Rights Act 1998, they declare that a particular law is incompatible with the rights and freedoms guaranteed under the European Convention on Human Rights. The question is often framed in terms of ‘what right do these unelected judges have to overturn the laws set out by elected representatives in Parliament?’.

It is right to suggest that judges are able to rule that the acts of public bodies are unlawful and to decide against the Government in a particular case. Indeed, this is a powerful check on the power of the State against the individual. Many of the examples seen in the media, or commented on by politicians, tend to focus on criminal matters or on Human Rights, but there are many other examples of judicial oversight enabling the State to redress unforeseen outcomes of its own legislation. It is however wrong to suggest that the judiciary can, using the Human Rights Act 1998, overturn legislation. That Act only permits the High Court, the Court of Appeal or the House of Lords/Supreme Court to declare legislation to be incompatible with the Convention rights. A declaration of incompatibility does not strike down legislation or remove it from the statute book, as is the case in some jurisdictions.

In the United States, for example, the Supreme Court can declare that legislation is not valid law because it is unconstitutional. Declarations of incompatibility under the 1998 Act, however, leave the validity of the particular law intact. They simply require Parliament to consider amending the law to render it compatible with the provisions of the European Convention on Human Rights. The ultimate decision remains with Parliament and not the judiciary. Ultimately, the judiciary does no more, or less, under the 1998 Act than carry out its constitutional function of interpreting and applying the law enacted by Parliament. They only have such power as Parliament gave them in the Human Rights Act 1998.

Individual judges may also be invited to give evidence to Parliamentary Committees. In modern times, judges who have been asked to attend have done so voluntarily, subject to the well-established and long-standing rules and conventions that prevent judges from commenting on certain matters. Parliamentary Committees respect these rules and conventions. The prohibited matters include: the merits of government policy (save where the policy in question affects the administration of justice within a judge’s particular area of judicial responsibility); the merits of individual cases or decisions (although particular trials may be used as examples of practice when discussing general policy issues) or of particular serving judicial officers, politicians and other public figures, and the merits, meaning or likely effect of provisions in prospective legislation (in such a way as could be seen to call into question their judicial impartiality); and the administration of justice which falls outside their area of judicial responsibility or previous responsibility.

A further important distinction is whether the judge appearing before a Committee is doing so as an individual, called because of that judge’s particular experience or expertise, or is representing the judiciary as a whole. Since the reforms introduced by the Constitutional Reform Act 2005, Committees are increasingly interested in the latter type of appearance. A Parliamentary Committee can be an appropriate forum for judges to give their views on current issues affecting the administration of justice and to allow them to comment upon appropriate topics. In recent times the senior judiciary has responded to invitations to comment on the creation of the Ministry of Justice.

It is, however, not always straightforward for judges to respond to questions from Parliamentary Committees on current issues, particularly if the atmosphere in which a topic is being considered is “political” and others seek to interpret what is said in a particular way. Care is also needed because judges who comment on an issue might, at a later date, find that they have to adjudicate on that very issue. There is a risk that things said by judges to Parliamentary Committees could lead to the judiciary being perceived as another ‘player’ in the political process, damaging the public’s perception of their impartiality and independence. Judges must be cautious about what they say and also about encouraging any belief that the areas on which it is appropriate for them to be asked to give public comment should be expanded. Indeed, the recent constitutional reforms which increased the separation of the judiciary from the other branches of the state suggests that it may not be appropriate for judges to comment on some matters upon which they have done so in the past.