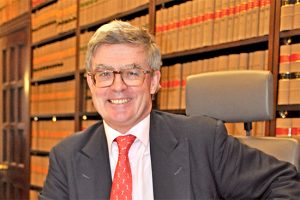 The current Chancellor of the High Court is Sir Julian Flaux.

The Chancery Division deals with the resolution of disputes involving property in all its forms, ranging from commercial, business, intellectual property and competition disputes to its traditional work relating to companies, partnerships, mortgages, insolvency, land and trusts. The Chancellor of the High Court is also an ex officio (meaning belonging because he holds another post)  judge of the Court of Appeal. As a member of the Privy Council, he or she is entitled to the prefix ‘The Right Honourable’.

In 1842, two further Vice-Chancellors were appointed and this became permanent in 1852. The office disappeared in the reorganisation of 1873.

In 1970, the Lord Chancellor was authorised to appoint a Vice-Chancellor from amongst the Chancery Division High Court judges to organise and manage the business of the division and be its everyday head.

The Chancellor of the High Court wears the new civil robe in court, and a gold robe for ceremonial occasions.