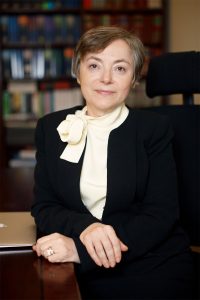 Dame Victoria Sharp, the President of the Queen’s Bench Division

The work of the Division consists of crime, claims for damages in respect of personal injuries, negligence, breach of contract, libel and slander (defamation), non payment of debt and possession of land property.

Who is the President of the Queen’s Bench Division?

The current President of the Queen’s Bench Division is Dame Victoria Sharp.

The work of the Queen’s Bench Division

The Queen’s Bench Division (QBD) is one of the three Divisions of the High Court, together with the Chancery Division and Family Division.

It is the biggest of the three High Court Divisions, consisting at present of 71 judges, and has the most varied jurisdiction. Part of its civil work is handling contract and tort (civil wrongs) cases which are unsuitable for the county courts for reasons of cost or complexity. It also handles libel cases.

The QBD also includes the Administrative Court, which means it has the power to oversee the quality and legality of the decision-making of the lower courts and tribunals and hears applications for judicial review of decisions of public bodies.

In addition, the Queen’s Bench Division includes within it a number of specialist courts: the Admiralty, Commercial, Mercantile, Technology, Construction, and Administrative courts.

The Admiralty Court is the oldest of all the Division’s specialist courts and deals principally with the legal consequences of collisions at sea, salvage, and damage to cargoes.

The Mercantile Courts operate in eight regional centres throughout England and Wales. Established in the 1990s, they decide business disputes of all kinds apart from those which, because of their size, value or complexity, are dealt with by the Commercial Court. They also decide smaller disputes.

The Commercial Court has a wide jurisdiction over banking and international credit and trade matters; the judges of this court can arbitrate in commercial disputes.

The Administrative Court has the power to oversee the quality and legality of the decision-making of the lower courts and tribunals, and hears applications for judicial review of decisions of public bodies. Judges of the Queen’s Bench Division also sit in the Crown Court to hear the more important and serious criminal cases. They also sit in the Court of Appeal Criminal Division on appeals from the decisions of the Crown Court.

The Heads of Division are appointed by the Queen on the recommendation of a selection panel convened by the Judicial Appointments Commission.

In practice, Heads of Division are generally appointed from among the Justices of the Supreme Court or Lords Justices of Appeal.

For criminal hearings Heads of Division and Court of Appeal judges wear a Court coat and waistcoat (or a sleeved waistcoat) with skirt or trousers and bands (two strips of fabric hanging from the front of a collar), a black silk gown and a short wig.

When presiding over civil cases this group of judges wear the civil robe introduced on 1 October 2008, with gold tabs at the neck of the gown and no wig.