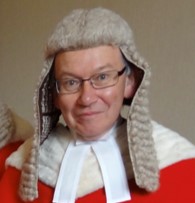 Liverpool Crown Court has launched an annual internship for young people, in memory of a former High Court Judge.

The launch of the Maddison Internship, named after Sir David Maddison who died in 2019, took place earlier in March. It had been delayed due to the COVID-19 pandemic.

Around 50 students from six different schools attended the launch, where Judge Aubrey QC and Judge Brandon, in conjunction with Everton in the Community and the Anthony Walker Foundation, delivered a presentation and a workshop at Goodison Park in Everton.

Activities included a debate on whether enough is being done to tackle knife crime, and a presentation by John Williams, a retired police officer now working with the Foundation, who gave a talk about murder investigations.

Students interested in the internship were then invited to write an essay of no more than 1,000 words, on the subject “If you could change one law, what would you change and why?”

Six students will be selected for interview. The chosen intern should be in place at Liverpool Crown Court by July following a presentation ceremony hosted by Everton in the Community and attended by Lady Maddison who will hand out participation awards.

The internship will be an annual competition and allow each successful candidate, who might otherwise struggle to secure such an opportunity, to gain valuable insight into the criminal justice system and the workings of a busy Crown Court.

After he was born in Yorkshire, Sir David’s family settled in Chester, where he attended the King’s School.

He went to Durham University to study law and economics, graduating in 1968, and was called to the Bar in 1970, with his pupilage at chambers in London. He moved to Liverpool and then practised on the northern circuit for the next 20 years.

Sir David was appointed a circuit judge in 1992 and was the Honorary Recorder of Manchester from 2003 until 2008, when he was appointed to the High Court (Queen’s Bench Division). He retired in 2012, but continued to sit at first instance and in the Court of Appeal until 2017.

A full biography written by his son Tim can be read online (external link, opens in a new tab).