His Honour Judge Jinder Singh Boora tells us about his journey to become a judge, what being a judge has taught him and the advice he would give to those considering the role and more. 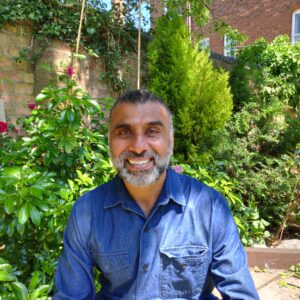 Can you please introduce yourself?

My full title is His Honour Judge Jinder Singh Boora. I’m a Circuit Judge sitting in Birmingham and Walsall. I sit in the civil and crime jurisdictions, although I’ll be sitting in the civil jurisdiction only for the foreseeable future. I’m also a Diversity and Community Judge and a Judicial Mentor. In that capacity I lead seminars and perform other voluntary work to make the law and the legal system more accessible for disadvantaged communities.

I’d like to say it was for highbrow noble reasons, such as the desire to end injustice in the world. But in fact, it was for a very vacuous reason. As a child I was a very poor sleeper. After bedtime I used to creep downstairs and watch TV. I came across an American legal drama named “Petrocelli”. It was about a lawyer named Tony Petrocelli, who had a knack of finding a small detail in all his cases that led to the acquittal of his clients. I just remember looking at the attorneys in court with their smart clothes and perfect teeth and thinking – I WANT SOME OF THAT!

I taught law at Leicester University for a year after I graduated. I then became a barrister. I started doing a mixed bag of crime, family and civil. I ended up specialising in civil. My caseload was primarily fraud, disease and housing matters. I spent most days in court doing cases. Many involved profound issues, such as catastrophic injury to children. I also served on the Bar Council for three years. There, I represented the interests of barristers in their leadership forum.

Most days I adjudicate cases in court. Cases generally start at 10am. I read the case papers first thing in the morning or during the day before. I like to give myself about 15 minutes thinking time between having completed reading the papers and the case starting. This is to help me digest the information and to think of questions I could ask of the parties to narrow the issues.

About two or three times a year I visit schools, colleges, charities, refuges etc to undertake work as a Diversity and Community relations Judge. A few evenings per month are dedicated to my work as a Judicial Mentor to help people from underrepresented groups become judges. This includes lawyers from BAME communities, women, legal executives and those who were the first members of their family to attend university.

Achieving a judicial post is likely to be a long hard slog, but everything worth having in life will not come easily. The fortitude of applicants will be tested to its limits. Therefore, set your expectations low when you apply the first or second time. Look at those initial applications as tasters where you pick up knowledge and experience for future attempts. Remember, there’s major selection exercises each year, so it’s never too long to wait for the next round.

I was appointed to my first fee-paid judicial post at the age of 36. It then took me 10 years of applying before I was appointed as a salaried judge. The trick is to learn something from each unsuccessful application. Each time I applied I changed my application form to provide more concrete examples for the competencies. Each time I was interviewed or involved in a role play, I thought about where I had gone wrong in my previous application. I found a common thread – my arrogance. I was trying to introduce the most impressive sounding evidence (e.g. a case in the Court of Appeal), when a more mundane example such as an interlocutory application in the County Court would have provided clearer evidence to demonstrate the competencies.

Yes. Me. I am by nature a very poor listener. I love talking. So listening was very much a learnt skill for me. I developed it by making it a habit to listen to friends and family when they were talking to me and NEVER interrupting until they had finished. After a while it became second nature to listen to and absorb the meaning of words spoken by others, rather than half listening to them whilst thinking about what I was going to say next. My poor listening skill was a major barrier I had to overcome. Have I completely overcome it? To be honest, I’m still a work in progress. I can still relapse into talking far too much.

What are the biggest misconceptions people have about judges?

That we’re all “posh” and have no understanding of real life. Even if you were to stretch the definition to its absolute limits, I could in no way be described as posh.

I live a pretty ordinary life in inner-city Birmingham. I often deal with rent arrears’ possession cases where the parties agree the tenant is to pay a sum on top of their normal rent each month to clear the arrears. The desperate tenant makes a generous offer fearful of losing their home. But I know the sum offered is too high and I will reduce it. That’s because I know that what’s left from the tenant’s income will not even cover their food bill. How do I know? Because I too shop at Aldi and Lidl.

What skills do you think are required to be a judge?

Without an ability to communicate, the parties will not understand the decision the judge has made. There’s no point in a judge having a first-class intellect if that judge cannot explain their decision to the parties in court. The judge must express the judgment using plain language that the parties can understand, particularly litigants in person.

For me, the starkest example of the importance of communication was after a litigant in person left court after I gave judgment. Outside, he asked the usher why he had lost his case. The reason he did not understand is that his hearing was poor. I hadn’t realised. He did not have the confidence to stop me in my tracks and point this out. I called the case back into court and the litigant was provided with a hearing loop. I repeated my judgment.

The situation was entirely my fault. I did not occur to me to have a preliminary chat before the case formally began to check that everyone could hear and understand what I was saying. I learnt a very important lesson that day; I needed to calibrate my communication methods to meet the needs of the parties before me. The onus to adapt was on me and not them.

What is your approach to sentencing?

I’ll sentence applying my experience of human nature. It sounds paradoxical, but I believe that a Judge should “judge”, but not be “judgemental”.

I’m also completely objective. I never allow my personal emotions nor public opinion, to cloud my judgement. I will also not be influenced by what might be reported about my sentences in the press. It’s the judge, not the newspapers, who have the full facts of a case.

This is the easiest question for me to answer, and therefore I’ll give you my shortest answer.  Judges are the bulwark against more powerful people who may abuse their power against those who are less powerful. Judges can only be this bulwark if they are detached from all vested interests.

This is the second easiest question for me to answer, and therefore I’ll give you my second shortest answer.  Imagine living in a country where those in power commit crimes but are immune from prosecution because they bribe law enforcement to look the other way. Such people would be above the law and, knowing there will be no consequences, their behaviour would only worsen. That’s a terrifying scenario. We’re very lucky that we live in a country where the law is applied to everyone, regardless of their status.

Yes. Many consider a career in the law, whether as a judge or as a lawyer, as their only goal. I think most people enter the law because they have a strong sense of public duty. If this is your motivation, then also explore other options. Most large corporations in every field of business have a department dedicated to social duty. Such departments do marvellous work to aid the disadvantaged in society.  I have personally witnessed such work when undertaking activities in the community as a Diversity and Community Relations Judge.