Recorder Mary Prior QC, a part time judge who also works as a barrister, tells us about her role sitting in criminal and family cases on the Northern Circuit 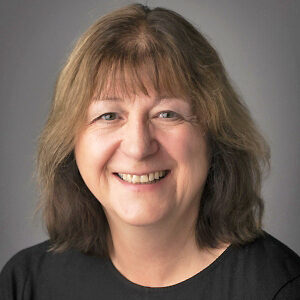 What first sparked your interest in the law?
At the time my interest was first sparked, I had no idea that what I was interested in was the law.

When I was five or six, my father broke his back in the coal mine where he worked. Our neighbour sadly died in the same accident. I have a vivid memory of people coming to our home and trying to explain the legal process. As a child, it was clear to me that my dad was struggling to understand. I think it was then that I vowed I would one day understand this process and understand how to make it simple.

What does being a Judge involve?
As a part-time Judge, I split my time between sitting as a Recorder, hearing criminal and family cases in both the Crown and County Court, and my job as a barrister where I have practised criminal law for more than 30 years.  recorders often hear less lengthy cases than a circuit judge but we are still required to manage cases and determine claims.

Sitting in court is the part of a Judge’s role most people will be familiar with. When it comes to making decisions, a Judge is required to listen very carefully to the facts, to the evidence that’s given, then to analyse that evidence and understand what you can be sure of. I then apply those facts to the law and come to a considered decision.

As a part-time Judge, I don’t have the huge amount of administrative work that full-time judges do, making decisions about how the courts are run, which cases go ahead and the accompanying paperwork. However there are still many obligations beyond my role sitting in court. Alongside full-time members of the judiciary, I take part in outreach work to schools and universities including participating in shadowing programmes designed to increase understanding of the court system.

Did you have to overcome any barriers to enter the law?
Yes, many.

To briefly describe my background, I am the daughter of a coal miner and a woman who packed tiles in a factory. My family struggled financially and I had free school meals and uniforms. No one in my family had A-levels and we had very few books at home.  The main aim of my life at 16 was to not get pregnant, simply because so many of my friends had babies. They were wonderful people, but I knew I didn’t have that capability. After school I worked two jobs whilst studying law at a polytechnic, following which I worked as a clerk at a Magistrates’ Courts. After six years they paid for me to qualify and I was incredibly fortunate to gain a sponsored pupillage with the Crown Prosecution Service.

Six years later I took voluntary redundancy and, with a two-year-old, a one-year-old and a baby, took the opportunity to apply to chambers. I received one offer in a small set of chambers in Wolverhampton. Thirty years later I’m a QC, a recorder in the Crown Court, a tier 1 leading silk in the Legal 500 and, this year, I have the honour of being awarded Woman of the Year in the Women in Law Awards. I would describe my career as a marvellous journey with many opportunities rather than obstacles, but it does seem to me a wonderful example of where the law can take you.

What changes have you seen in the judiciary over the course of your career?
Over the last 30 years, it seems to me that the judiciary has begun to reflect considerably the society in which we live. Secondly, the judiciary is more aware of its responsibility to open the courts to students and to take part in outreach work to make the law a more accessible profession. The third thing I believe has changed considerably is that the judiciary has been obliged to embrace technology in a way no-one would have anticipated. Many of these changes have been fast-moving and required swift adaptation. The COVID-19 pandemic is an example of how quickly the judiciary adapted to remote hearings. Finally, the judiciary have been obliged to explain their decisions in a more straightforward way so that everyone can understand the decisions being made. I know many people think the judiciary is old-fashioned. However, I believe the profession’s ability to continue to dispense justice through what has been a horrific pandemic shows it is forward-thinking at its core.

What advice would you give to someone who’s interested in becoming a Judge?
The system in the United Kingdom is quite different to other jurisdictions around the world. In other jurisdictions there are two routes following a degree in law: a route to become a practitioner and a route to becoming a judge. This means people choose at a very early age to become a member of the judiciary. In our system, you must spend a considerable time as a practitioner before you can apply to become a judge. In my experience, this is an advantage as it means all judges know what it is like to be a practitioner in court and it is easier to make the process accessible. If you are interested in becoming a judge, one thing you can do is sit with a judge for an amount of time. It is absolutely fascinating to do so and I’d encourage anyone to look into the Judicial Shadowing Scheme and get a view from behind the judges’ bench. If you are a young person interested in the judiciary, I would recommend you go to court as often as you can. You can sit in the public gallery and observe what you find works well and, perhaps more importantly, what you find doesn’t work well. You should understand however, that if you are interested in becoming a judge, your first interest will have to be in becoming a practitioner.

Why do you think judicial independence is important and how do you maintain it?
Once I had passed the relevant tests and interviews to become a member of the judiciary, I was privileged to be welcomed into the profession by Bill Davis, otherwise known as Mr Justice Davis. He gave a short speech in Manchester Crown Court where he said, ‘you are a lion at the foot of the throne, not a mouse’. Those words have always stuck with me, as has the feeling of seeing my five sons and husband looking at me with great pride. The reason judges must be independent is because the society in which we live needs an independent judicial function, one which is free of political influence and isn’t swayed by what is currently popular. The judiciary doesn’t make the law, which is the job of Parliament; it simply applies it independently.

Over the course of the last few years, there have been some unfortunate and personal attacks on members of the judiciary who have made decisions in accordance with the law that Parliament has passed. However, this has never stopped the judiciary carrying out its essential function, which is to apply the law as Parliament has made it. That is why the judiciary is essential – to ensure fairness and transparency to all.

What advice would you give to someone interested in entering the law?

I would encourage young people considering a career in law to come to court. Observing the justice system in action is the best way to learn its procedures, see advocacy in practice and witness judgments being made. From the outside, turning up at court can seem an overwhelming prospect. However, as a judge, I can truly say there is nothing better than sitting in court with a large group of students who’ve never been in a courtroom and seeing them begin to understand the processes. The legal profession is open and willing to encourage people to come and see what the law is like.