His Honour Judge Mark Anthony Horton, a Diversity and Community Relations Judge, has helped with the filming of The Blunt Truth, an offshoot of the Insight Programme with Avon and Somerset police. It’s part of a series of programmes to tackle violence including knife crime, recognising that violence is a preventable consequence of a range of risk factors. The programme involves the police, the ambulance service, local charities and the NHS. Pupils in Bristol acted in The Blunt Truth, and HHJ Horton provided advice upon the script and other factors. He talks about his experiences below. 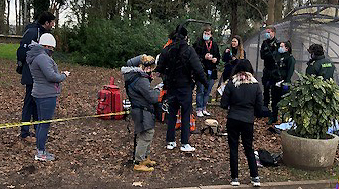 Filming of The Blunt Truth took place at Ashton Gate School in Bristol.

Last year I was invited by the Avon and Somerset Youth Intervention squad to join them on a new project.

They were attempting to dissuade a young group of mixed children aged 14/15 from two schools through an inaugural course,” The Insight Programme”. These children were either already in trouble or had lifestyles which regularly brought them to the attention of the police.

The lead officer in this group had attended two of the Bristol Crown Court visits run by me and observed how, over the period of an hour, even the most distracted and hostile children could be engaged in the court visit program. The Officer witnessed what he described as “the unbelievable positive buzz” the children had when they left court.

Part of the Insight course involved a trip to Southmead Hospital, where the children thought they were there to look around but were surprised to be involved in a ‘staged’ arrival of a “stabbed youth” who, at all stages, refused to give any information to anyone about what had happened. He had been left with a life-threatening stab wound to his leg.

The scene and sound of 12 professionals acting at pace in intensive care, each with key functions and equipment to monitor and save the victim’s life, visibly shook the children. Those doctors/nurses then spoke in a room alone to the children in a debrief. This was emotive for those doctors, each of whom carried the open signs of the stress imposed upon them from the relentless and needless tragedy they witnessed daily of young people being killed or permanently injured in knife crime. This was laid bare before the children. Two nurses then swiftly put the children though a “First Aid” for stab injuries which each child (and me as it turned out) had to perform to obtain a certificate. 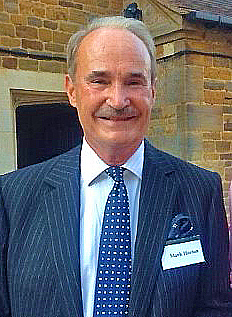 During the course I arranged for the University of the West of England in Bristol to lend me their practice courtroom. I wrote a script for a trial as the week developed, based on all the evidence the children had seen and heard on the course, and added a very small amount of evidence to be given by one of the officers at trial and thereby scripted the trial of the defendant. The children on the course, following the evidence and two scripted final speeches I prepared for two students and delivered in wigs and gowns, and a summing up, decided the verdict.

It was plain from the feedback the following day from the participants, that although the children had been affected by the whole course in a major way, they admitted they still would not report knowing someone had a knife. This was critical to what thereafter followed.

I wrote a detailed proposed revision for the “Insight course” to address this defect, which envisaged that “the stabbing” happened at a school where there were warning signs of increasing violence and knowledge of a knife, known to the students, which lead up to the fight which involved a knife.

The aim was to mimic something the students were experiencing at school, and to demonstrate how the stabbing could be prevented by anonymous reporting. This was a theme adopted by the Southmead Health team who thereafter started to put together a team, including myself, to discuss how this idea for this revision could be done in practice. It was, in fact, my suggestion it should be filmed to allow it to be rolled out to all schools, as the group would never have been able to attend regularly to perform the course. The NHS was persuaded by the dedicated Southmead team of doctors to fund the filming at a school in Bristol. I did not know the pandemic was about to start, which meant it then had to be by film and not a course in any event. 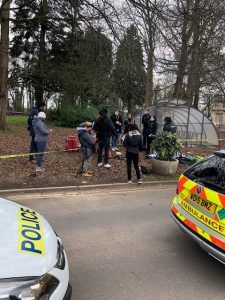 I subsequently became part of the meetings online, which took place to consider the script to be written, revised, and filmed by an independent crew. The film will be titled The Blunt Truth. I attended part of the filming to assist, observe and talk to the actors on 5 March 2021 and occasionally advise on suggested realism to events portrayed, using my court knowledge of the reality of trying too many such cases. The focus of the children from the school, and effort they put into it in frankly freezing weather, was truly remarkable, as was the relaxed and clear way the director explained what he needed from the actors and filmed it.

The plan in a much wider sense is, as a group, to seek to provide help, guidance and encouragement to these children and others in Bristol. Much more of this will come as my involvement with others and the project increases. The later activities of the group is to be more concerned with getting the children to be more positive about their lives. Due to COVID-19, this is yet to produce any further joint venture.

The whole basis of this group now is to devise courses to make the children identify and recognise they have skills they did not know they had, and also there are plenty of people very keen to help them to identify their own ability and feel their value as individuals.