Can you introduce yourself?

I am tribunal judge Samina Majid. I am appointed to the First-tier Tribunal in the North West and hear cases in the Social Entitlement Chamber. I still practise as a 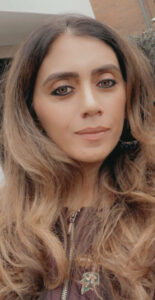 solicitor in both civil and criminal cases although not as frequently as previously.

I voluntarily mentor minorities through the judicial appointments process, encouraging them to apply and supporting them through the rigorous selection process. I have attended speaking events at law firms and other arenas to encourage applications and to promote diversity within the judiciary. I am positively engaged with the Law Society and Judicial Appointments Commission to encourage under-represented people to apply.

I fell into law having completed science A-levels and being unsure what sort of career to pursue. During a careers convention at sixth form, I recall a solicitor attended to give a talk about his role in Law. It sounded appealing and following some research into the degree I thought I would give it a try!

After training and qualifying, I worked as a solicitor for nearly 20 years. I was fortunate to work at two leading city centre firms as a Criminal Defence Solicitor, where I gained a wealth of experience in dealing with a variety of criminal cases of differing severity. I managed a private practice as a Partner for several years thereafter and volunteered as a Criminal and Family Magistrate too.

The rule of law requires its supremacy, equality, accountability, and fairness to be effective. If we are to live in a civilised society, we must all adhere to and respect the rule of law. Without it there would be anarchy. Many religions, including my own, Islam, command it a duty to be faithful and obedient to the authority they live under. To disobey the law of the land, would be akin to disobeying their religion

Before the court day begins you can expect to have spent a good deal of time preparing for your hearings. Often this can take a few hours, but it is imperative so that you are well prepared for the day. I sit with a qualified doctor in a panel of two and sometimes also with a disability specialist such as a physiotherapist, nurse, occupational therapist etc. A clerk is also present in the room to assist with administrative tasks. Appellants often appear unrepresented in this jurisdiction, and it is the up to the panel to assist them through the hearing. Hearings last, on average, 45 minutes and judgements are normally made and given on the same day. Written judgements can be requested by Appellants after the hearing, and these are prepared and sent out soon after.

Upon graduating in Law, I would say that securing a training contract was more difficult than I had anticipated. With new routes into the legal field, numbers of law students are increasing, and training contracts or pupillages are proving more difficult to obtain. On reflection, I would advise gaining work-experience within a law firm etc when you can. Competition for these positions is fierce and you will need to stand out from the crowd.

What do you think are the biggest misconceptions people have about judges?

I come across many minority lawyers and students that do not believe a judicial position is something that would be attainable for them, simply by virtue of being a minority. The JAC, Judicial Office and Law Society are taking positive steps to dispel the myths surrounding judicial appointments and are actively trying to promote a more diverse and inclusive judiciary. With more appointments from under-represented groups, hopefully it is only a matter of time before these misconceptions are left in the past.
Another misconception is that you must have been a Partner in your own firm or QC before you can apply. This is not the case and as long as you are able to provide evidence of the competencies required, that is enough.

What is the most rewarding and the most challenging part of being a judge?

The most rewarding part is delivering a judgement that you believe to be the right decision and the sense of fulfilment in that. This can also be the most challenging part when the decision is against the attending party!

What have been the biggest changes for you from practising as a lawyer to sitting as a judge?

The biggest difference I found is not acting for or against either party, but acting completely impartially, balancing the whole evidence and being the decision maker.

Research the role you are interested in thoroughly and apply to undertake some work-shadowing. Familiarise yourself with the Judicial Appointments Commission website. The information on there is comprehensive and includes the required criteria for each role and lots of information about the application process. The application process is competency-based, and you must prepare a self-assessment illustrating how you have fulfilled the competency criteria. This is in-depth and time consuming. Prepare this well in advance of your chosen position being advertised.

Attend a workshop or course to help you with the process if you can. There is information available on both the JAC and Law Society websites which refers to various judicial workshops. Lawyers I have mentored are often worried about sitting the tests, which must be passed if your application is to be progressed. I would advise keeping an eye on the JAC website for ‘dry-run’ tests which you can apply for. These give great insight into the process and give you a good idea of what you can expect in your ‘real’ test.