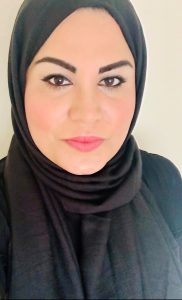 Tribunal Judge Thaira Bibi, was one of the first hijab wearing Salaried Judges of the First-tier Tribunal, talks about how she reaches decisions, diversity in the judiciary, what advice she would give to anyone considering the role and more.

Please tell us about your background and your role as a judge?

I was appointed as one of the first hijab wearing Salaried Judges of the First-tier Tribunal on 8 July 2018. I am currently based at Taylor House, London. Prior to becoming a Judge, I was practising as a Solicitor specialising in conveyancing, criminal defence and I was the lead Solicitor on the National Welfare and Benefits advice line across the UK. As a Judge I hear appeals in relation to deportation, asylum claims, entry clearance, human rights, EU cases, deprivation of citizenship and bail applications. In my judicial capacity I have attended the workshop for International Protection in Malta, a conference organised by European Asylum Support Office (EASO) last year, where I represented the UK. I am a judicial mentor, I have successfully trained and mentored newly appointed judges. I also carry out Judicial appraisals of other judges. In my role as a Diversity and Community Relations Judge I often host talks with the public through the Judicial Office.

At the age of 14 I decided that I want to pursue a career in the legal profession. I was particularly interested in promoting justice and quality within the legal system. I did GCSE law and had an interest in criminal law and wanted to ensure that those most vulnerable within our society had access to justice and a fair trial/hearing.

Prior to my appointment I practised as a Criminal Defence Solicitor. I represented clients in offences such as murder, robbery, assault, drugs, firearms, offensive weapons, and gang related violence. I have represented youths and have also prosecuted for the probation services. I was also the lead Solicitor responsible for managing and setting up the National Welfare Benefits Specialist Telephone Advice Line funded by the Legal Aid Agency (LAA) across the UK. I have challenged government legislation and have been involved in test/precedent cases. I also worked for a charity advising on disability law. During my time as a Conveyancer, I have dealt with high profile and high net worth clients in their conveyancing matters. I was also on the Law Society’s conveyancing specialist list where I advised other lawyers on complex legal issues. I was a trainer on Property law for Legal Network Television for the College of Law. My DVD recordings were circulated to Solicitors, Students, CPD trainings across the UK. I have trained lawyers and external professional bodies on various areas of law. I spent most of my career appearing before Judges and putting forward legal arguments on behalf of my clients. Having practised as a solicitor in a variety of areas of law, I reached a point in my career when I needed a new challenge. I was inspired by the Judges I appeared before and shadowed which helped in my decision to become a Judge.

How do you reach decisions?

My legal background has been essential as it provided me with strong foundation to becoming a Judge.  A judge needs to have good communication skills, integrity and apply independence of mind to make incisive, fair and legally sound decisions. It’s important to be able to effectively analyse and process complex information from multiple sources at short notice and apply appropriate weight to the information. Having up to date knowledge of the case law and legislation is essential. I need to ensure that both parties are on equal footing and that all the evidence has been considered. It is imperative that a Judge keeps an open mind and does not reach premature conclusions.  Careful thought and consideration need to be given before a decision is made.

What changes have you seen in the judiciary during your career?

I would say the Judiciary has been incredibly successful in adjusting our style of working during these very testing times due to the impact of COVID-19. What we have learnt is that the Judiciary is very adaptable and flexible in its approach. We have been successful in using our technological resources efficiently and effectively. We are working remotely ensuring that cases are dealt with expeditiously and fairly. For example, I heard the first remote Immigration Entry Clearance Appeal in the UK as a panel with another Judge during the early days of the lockdown.  We have been dealing with cases remotely. I have also been involved in assisting the Court in setting up computer systems that we can utilise for Case Management. We are using various systems including Microsoft Teams, Cloud Video Platform and BTMeetMe successfully.

Other than sitting in court, what else does being a judge involve?

Sitting in court is only part of our role. Much of the preparation that is done is completed behind the scenes. Immigration Judges normally provide their decisions in writing and this can be time consuming. Keeping abreast of changes to the law is imperative to carry out our role effectively. As a Diversity and Community Relations Judge, I was one of three judges who delivered a talk to around 60 diverse lawyers at the Royal Courts of Justice. I attend outreach meetings and events organised by the Judicial Office. I also mentor students from Kings College University as well as other organisations.  As stated above I have attended international conferences. I will also be assisting the Judicial Appointments Commission to interview fee paid judges over the next couple of months. The Judicial role is interesting and covers a multitude of work which keeps our work interesting.

I attended a talk and training events with the Law Society BAME Solicitors for aspiring Judges. I spoke to the panel who were incredibly helpful. They provided guidance and tips on how to complete the application form and negotiate the interview process. I then started doing the mock exams for the Judicial Appointments Commission (JAC) before the judges sat them and provided feedback to the JAC. This was done in my spare time and on a voluntary basis. I was fortunate enough to shadow a Judge who encouraged me to make an application and join the judiciary. To succeed one must prepare thoroughly for the intensely competitive selection process. This would include understanding the demands of the application form itself and the qualifying tests. Preparation is key as the process is very competitive. Hard work and determination were key to my appointment.

I came from a background where there were no lawyers in my family when I qualified and being a female Asian lawyer was challenging. I then started wearing a hijab three years ago. I was one of the first salaried hijab wearing judges to be appointed, so this had its own challenges, however, I have had an incredible amount of support from the judiciary. I do not see this as a hinderance. My role is to apply the law and procedure. I use my background in a positive manner to promote diversity. I see myself as a role model to any in society who are inspired by me as a Judge.

How do you feel diversity has changed in the judiciary?

The Judiciary has been working incredibly hard to increase diversity and has done a tremendous amount of outreach work to encourage those from a non-traditional background to make an application. This is an ongoing process, and a vast amount of work has been and is being done to increase diversity across the board. My colleagues and I regularly mentor students/lawyers to encourage others from under-represented backgrounds to join the Judiciary. A number of Diversity and Community Relations Judges are spending their time speaking to the public and attending events to increase this. I am incredibly proud of our diversity achievements thus far.

It is vitally important in a democracy that individual judges and the judiciary as a whole are impartial and independent of all external pressures and of each other so that those who appear before us and the wider public can have confidence that their cases will be decided fairly and in accordance with the law. When carrying out our judicial function we must be free of any improper influence. Such influence could come from any number of sources. It could arise from improper pressure by the executive or the legislature, by individual litigants, particular pressure groups and the media. In order to maintain judicial independence, it is important that I am able to decide cases solely on the evidence presented in court by the parties and in accordance with the law. Only relevant facts and law should form the basis of the decision.

What are the biggest misconceptions people have about judges?
One of the misconceptions is that the Judiciary are out of touch. My role as a Diversity and Community Relations Judge is to encourage students and lawyers from under-represented groups to consider a judicial career. The role that we play is important in bridging the gap between the judiciary and the community. The activities we carry out inform and educate people about the reality of what it is to be a judge and help remove the myths and misconceptions that prevail.

What does the rule of law mean to you and why is it important?
The rule of law is a fundamental doctrine by which every individual must obey and submit to the law, and not arbitrary action by other people or groups. In essence, no one is above the law. The United Kingdom does not have a written constitution. The rule of law, along with Parliamentary Sovereignty and court rulings, is fundamentally the defining principle of our ‘unwritten constitution’. The rule of law comprises a number of fundamental principles and values such as the principle of legal certainty means that all laws enacted in the UK must be applied in a precise and predictable manner. This means when legislation is passed to convey a particular purpose, this purpose is carried out within the law. Everyone must be able to have their conduct regulated in a manner that is certain.  The rule of law requires equality that every case which is alike should be treated the same. Each citizen has the right to be protected from unjust discrimination from the state: the state cannot say that one person is below or above another in law, regardless of their rank or status. The law also states that a person cannot be treated unfairly by the state due to their ethnic, sexual or religious views. In order to ensure fairness all laws and procedures must be freely available to each citizen, and laws which are written down must also be legible to ensure clarity and prevent unfair discrimination and enforcement. The law must be understandable, and the terminology must not be such that a person cannot understand it; nor should legislation be too ambiguous that the reason for its enactment be lost. The rule of law requires that laws must not be retrospective and due process needs to be followed to ensure that everyone has a right to a fair trial. Lord Neuberger, the President of the UK Supreme Court, gave an important speech in 2013 which was particularly noteworthy for his comments on the rule of law and I would highly recommend reading this.

If you were on Desert Island Discs, what would you take as your luxury item? Assuming that there is a vast library of books.
I would like to take chocolate as my luxury item and hope that it doesn’t melt!