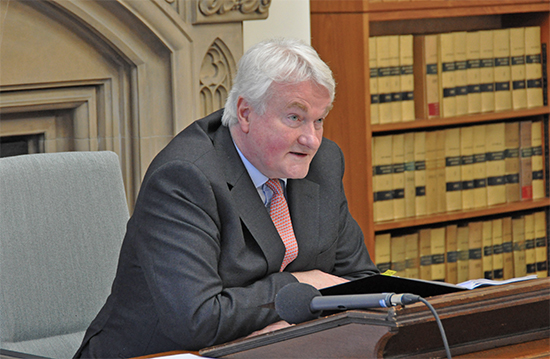 The Lord Chief Justice, Lord Burnett of Maldon, held his annual press conference on Tuesday 23 November 2021, at the Royal Courts of Justice.

In his opening statement, Lord Burnett said: “I am very pleased to be able to welcome you back in person today after what seems like a rather long time. As we emerge from the pandemic I want the courts to be scrutinised and reported by journalists as they were before.

“Sir Andrew McFarlane has signalled our intention to open up the Family Court further so that you can report them more fully, and soon it will be possible to film and broadcast sentencing remarks from the biggest crown court trials.

“It has been important for the public to know, through you, that justice has continued to be done. I know that you face difficulties covering hearings, but the pandemic has not dimmed our collective commitment to open justice. Thanks to you and your colleagues across the country, as well as to judges, magistrates and the court staff who have been so innovative and resourceful to keep the system running, open justice has been sustained.

“There has been much discussion of the need to reduce backlogs, especially in the crown court. I will do all I can to ensure cases are heard as soon as possible. That will require more judges, court staff, and enough capacity in the legal profession, the Crown Prosecution Service, and the police to bring cases to trial.

“Reducing backlogs in the Family Court also requires all those who play a part to have enough capacity. This will need funding. Without enough money there will be no reduction to the delays in any jurisdiction. There must also be sufficient investment in the court infrastructure, buildings and technology, to avoid disruption caused by IT failures or a lack of maintenance. 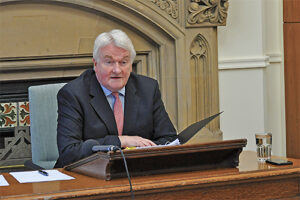 “We are continuing our efforts to increase the diversity of those who apply for judicial posts and to ensure the courts and tribunals provide an inclusive working environment in which all judges can thrive. I would like to draw your attention to the update published recently to the Diversity and Inclusion Strategy, which emphasises the role of leadership judges in promoting inclusion. From that you will see just how much is being done to attract to the judiciary the best from all backgrounds.

“I continue to work with the Lord Chancellor, the chairs of the Judicial Appointments Commission and Bar Council, the President of the Law Society and the President of the Chartered Institute of Legal Executives. We have distinct responsibilities but share the common aim to promote diversity in a practical sense, including encouraging suitably qualified lawyers to consider applying for judicial appointments and supporting those from underrepresented groups. We are making progress and will continue to give this agenda the sustained focus that it needs.”

Lord Burnett then responded to questions from journalists on a variety of topics, including the way in which cases of violence against women are dealt with; recruitment to meet a shortfall of judges; the backlog of cases in the Crown Court; diversity within the judiciary; transparency of the courts and open justice; immigration cases; the impact of the Nightingale Courts; the ongoing funding by the Government of courts and tribunals; and the importance of maintaining the state of court buildings.

A full transcript of the press conference can be read below.