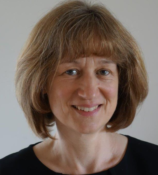 Mrs Justice Falk read law at Sidney Sussex College, Cambridge and qualified as a solicitor at the city firm Freshfields in 1986, specialising in corporate tax. She became a partner there in 1994. During her time as a Freshfields partner she advised on the structuring and implementation of many high-profile corporate transactions across different industry sectors, both in the UK and internationally. She was also very actively involved in training and mentoring, and played a significant role in promoting greater diversity.

In 2015 she was appointed as a fee-paid deputy judge of the Upper Tribunal (Tax and Chancery Chamber). From then until her appointment to the High Court she sat regularly in the First-tier Tax Tribunal as well as the Upper Tribunal, while continuing to work in a consulting capacity at Freshfields. She was appointed as a High Court judge in 2018 and assigned to the Chancery Division. Mrs Justice Falk has recently been appointed to the Judicial Appointments Commission.