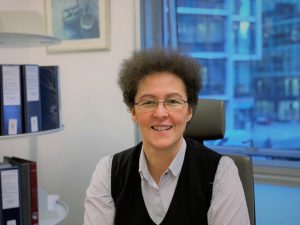 Ms Sally Barber was called to the Bar by Lincoln’s Inn in 1988. After 18 years in private practice as a Chancery barrister she was appointed as a Deputy Bankruptcy Registrar of the High Court in 2007.

She is also a proof reviewer for Atkins Court Forms, most recently reviewing Atkins Companies Insolvency Volumes 9(1) (2) and (3) published in April 2015. She also writes articles for specialist insolvency journals such as Insolvency Intelligence.