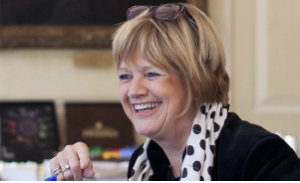 In the list released this week, she was nominated for a crossbench peerage by the former Prime Minister, who resigned this summer.

Lady Justice Hallett, Vice President of the Court of Appeal Criminal Division, said: “I am delighted to be given the opportunity to continue in public service after my retirement and relish the challenges ahead.”

She is married to a fellow lawyer, Nigel Wilkinson QC and has two sons. She is the senior judicial lead on diversity.

Lady Justice Hallett was called to the Bar in 1972, became a QC in 1989 and a Recorder of the Crown Court. She became a Bencher of Inner Temple in 1993. She served as Leader of the South Eastern Circuit between 1995 and 1997 and was Chair of the Bar of England and Wales in 1998.

She was appointed as a High Court Judge in 1999 and assigned to the Queen’s Bench Division. She became a Presiding Judge of the Western Circuit shortly after. She was a member of the Judicial Appointments Commission from 2006 to 2010 (latterly its Vice Chairman).

Lady Justice Hallett acted as Coroner at the inquest into the deaths of the 52 victims of the July 7 London bombings.