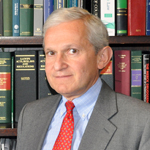 The Chancellor of the High Court, Sir Geoffrey Vos, spoke at the Law Society’s annual Civil Litigation conference on 9 October 2019 about 20 years of the Civil Procedure Rules – and whether the original reforms went too far, or not far enough.