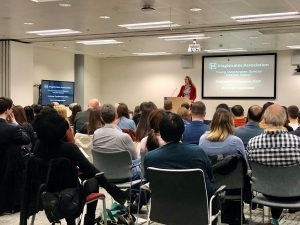 Nearly one hundred magistrates from across England and Wales travelled to London for the conference, where they heard from a number of guest speakers and participated in lively discussions about the importance of a diverse magistracy.

Luke Rigg, Chair of the YMSIG, opened the event by reflecting on the stark judicial diversity statistics, which show less than 5% of sitting magistrates are under 40. Luke went on to set out the YMSIG has sought to represent young magistrates’ views at senior meetings, where issues ranging from expenses and allowances to attraction and recruitment have been discussed at a senior level.

During the conference, delegates heard from keynote speaker Susan Acland-Hood (HMCTS Chief Executive), who spoke about the importance of a diverse bench in improving decision-making, as well as the work HMCTS is leading to improve the attraction and recruitment of young magistrates. 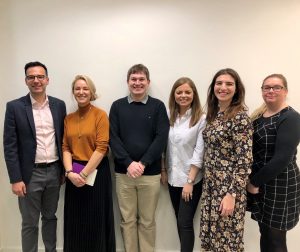 Katherine Sirrell, Co-Deputy Chair of the YMSIG, chaired a panel discussion with three young judges: Her Honour Judge Hannah Duncan (Crown Court), Deputy District Judge Briony Clarke and Deputy District Judge Andrew Johnson (Magistrates’ Courts). The judges, who were all in their 30s, shared their reflections as some of the youngest members of the paid judiciary in the country, and offered tips to younger magistrates embarking on their judicial journeys.

Guests also participated in confidence and resilience training, facilitated by Nikki Alderson, executive coach and former criminal lawyer. Others worked in small groups to brainstorm ideas to improve the current offer for young magistrates, facilitated by Catherine Andrews, Co-Deputy Chair of the YMSIG. 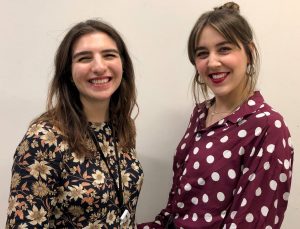 Katherine Sirrell, Co-Deputy Chair of the YMSIG, and Gina Martin

Finally, delegates heard from Gina Martin, the activist and campaigner who successfully persuaded the Government to amend the Voyeurism Act and include ‘Upskirting’ as a specific criminal offence. Gina reflected on her campaign and shared advice to the conference on maintaining resilience in the face of significant challenges.

The event was well received by magistrates and the senior judiciary, with calls for the conference to become an annual event.

The Magistrates Association established the Young Magistrates Special Interest Group In 2019 to support younger magistrates, influence policy and provide networking opportunities. The group is open to any MA member aged 40 or below. If you would like to get involved, please email ymsig@magistrates-association.org.uk