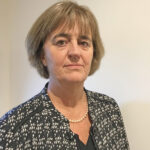 Mrs Justice Theis DBE, was called to the Bar by Gray’s Inn in 1982 and took Silk in 2003. She was appointed a Recorder in 2000 and was approved to sit as a deputy High Court Judge.

In 2011 the President of the Family Division appointed her a Family Division Liaison Judge on the South Eastern Circuit with responsibility for Kent, Surrey and Sussex and in 2017 for London and Thames Valley.

Since 2018 she has chaired the Family Procedure Rules Committee and the Family Justice Council and is the lead judge in relation to applications under the HFEA 2008.