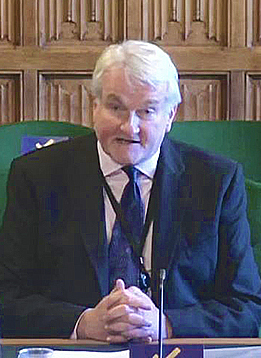 The Lord Chief Justice, Lord Burnett of Maldon, gave evidence on Tuesday 10 November at the Justice Select Committee in the House of Commons.
He responded to a number of questions and the following is a summary of his key answers.

Rule of Law
When probed about the recent comments about the role of lawyers in the justice system Lord Burnett said: “I have said before, and I have said it publicly, that the vitality and independence of the legal profession is an essential hallmark of a society governed by the rule of law. Lawyers have a duty to act fearlessly for their clients, subject always to their overriding professional obligations and duties to the courts. They should not be subject to criticism for doing so. A general attack on the legal profession, in my view, undermines the rule of law.”

HMG funding
On funding Lord Burnett said: “Then there is the money. This year there is no constraint on sitting days in any jurisdiction. If we have a courtroom that we can use and a case is able to be tried in it, we will do so, irrespective of whether technically we are running up against sitting day limits.

“In my view, it is absolutely vital that the same approach is adopted next year. I would be disappointed—that is a very mild word—should funding from the Treasury to the MoJ not allow for that because, if it does not allow for that, the danger is that much larger backlogs are baked into the system.

“My view for next year in all jurisdictions is, rather than the traditional approach to funding, which is to look at what you have spent this year and nudge it up a bit or, dare I say it, as it is suggested occasionally, to nudge it down a bit, there has to be a realistic assessment in every jurisdiction of the likely expectation of work coming into the system. In addition, there has to be a clear understanding of the additional backlogs that we have to clear.

“In the Family Court, the latest figures that compare the position in October 2020 with October 2019 show that the outstanding volume of cases in public law family is 17% higher than it was a year ago, and in private law family 22% higher. I am extremely concerned to avoid the position that would result in the backlogs that we have inevitably accumulated during COVID being viewed by anybody as a new normal. In other words, funding must be provided to enable us to deal with the work coming in and to deal with the backlog.”

He further added: “The MoJ is in the process of putting forward its next bid for the money for the reform programme. It would be extremely unfortunate, putting it as mildly as I can, were there to be any difficulty raised by the Treasury over funding the modernisation programme properly.”

COVID-19 pandemic
On the COVID-19 pandemic and social distancing measures Lord Burnett said: “Even before the lockdown, it was clear that the advice on social distancing meant that the operation of the courts in all jurisdictions would have to be adjusted. I encouraged judges in all jurisdictions to use technology to allow people to attend cases remotely if it was practicable and in the interests of justice to do so.”

He further added that: “Collectively, we had taken a decision that work in all the jurisdictions had to carry on, not simply urgent work in the sense of time-critical work but other types of work, because we were conscious, even back in the spring, that if COVID went on for any length of time—alas, it has—the accumulating backlogs would be extremely difficult to catch up when as we hope, as we still hope, we come through it. The technology was improved, more courts were opened, more judges were able to operate from court, more people were able to attend court and things gently got better.”

On the lessons learned during this period he explained: “We have learnt a lot. In particular, we are getting a fairly good sense in all jurisdictions of the types of hearings that lend themselves to either all or one or two of the participants attending remotely and those that do not. That is being carried forward at the moment. There is in development a much better video-hearing system, which, again, was being trialled at the time this all started. My hope is that that will be accelerated because it will, undoubtedly, make life easier.

“For the future and for so long as we have to live with COVID, we will continue in all jurisdictions with a mix of face-to-face hearings, a mix of some that can be entirely remote—that is to say, all the participants attend by phone or by an online platform—and increasingly what we call hybrid hearings, which means that some people are in court, some people attend remotely and different people attend remotely at different times of the hearing. Flexibility and adaptability are the key to keeping things going.”

Backlog in the courts and capacity
When asked about the backlog in courts Lord Burnett said: “The picture in the Crown court is turning out to be more difficult. One only has to look at the numbers to see that that is so. The headline figures for backlogs in the Crown court are currently about 50,000, compared with a fraction under 40,000 when we went into lockdown in March, and need to be understood. They do not represent outstanding trials, because a very large number of them turn out not to be trials. None the less, the increase, generally, in the outstanding work in the Crown court during the past eight months has been very substantial indeed.

“The work of HMCTS, foreshadowed in the recovery plan published in September, has achieved more in the Crown court than was expected. The plan was to have, by the end of October, 250 Crown courtrooms capable simultaneously of hearing jury trials, and in addition well over 100 more courts that cannot do jury trials but can be used for other things. Last Monday, 2 November, there were 255 in the court estate plus the so-called Nightingale courts, which added up to 11 at that point.

“One can see that we are in a position, subject to all the Covid-related problems that the last question was focusing on, in our buildings to conduct simultaneously more than 250 jury trials at any one moment. The plan is to increase the number of courts yet further, I hope, to 300 by the end of the year or the beginning of next year.”

Extended Operating hours
When asked about extended operating hours he stated: “So far as extended operating hours are concerned, perhaps for those who do not understand the detail, it amounts to this. It is not extending the sitting hours of a single court so that everybody is there from 9 in the morning until 6 in the early evening. This model is looking at having one trial in the morning sitting for a total of four hours, a short gap for the court to be cleaned, and another trial sitting in the afternoon for four hours. For those involved in the individual cases, it is short hours rather than longer hours.

“It has been piloted in a number of courts. It was piloted in Liverpool and it is being piloted in courts on each circuit to see whether it works—in particular, whether it increases the volume of cases that are dealt with or not.

“The answer to that question is not as obvious as it may seem. It will depend very much on the nature of the cases that are being dealt with in that model. It is making a modest contribution at the moment. The pilots will be looked at very carefully. In the end, it is a decision not for me but for the Lord Chancellor, although no doubt there would be the usual close consultation.”

Increasing capacity in civil courts
On capacity in courts he stated: “This situation flows into the modernisation and reform programme, which has been running now for four years. It is absolutely critical that it is seen through to its conclusion, not only in the county courts but in the family court, where digitisation is just beginning to roll out. To my mind it is unimaginable that we could contemplate, in the third decade of the 21st century, a court that does more than 90% of the civil work in this country relying on people filling out long forms, putting them in envelopes and sending them in. It is unthinkable.”

Impact of remote hearings on Litigants in Person (LIPs) and vulnerable witnesses
When asked about the potential impact  of remote hearings on litigants in person and other vulnerable people, Lord Burnett said: “It is undoubtedly the case that many litigants in person, who, as I indicated earlier, populate the family and county court in particular, and many of the tribunals, find it difficult to take part in hearings remotely. During the course of the last few months it has been necessary, in the interests of justice, for that to happen; otherwise the cases would not have happened at all. It is being looked at with some care.”

He further added: “Looking at some of this as it comes through, I am finding that there is an enormous range of views, from some people thinking it is marvellous that a certain type of hearing was done remotely, to others thinking that it was a disaster. I suspect one will always get that in this type of environment. The impact on court users, and particularly litigants in person and those who will struggle to participate remotely, is at the forefront of our thinking.”

In addition, he said: “Ensuring that vulnerable people are able to take part appropriately in any type of proceedings, but family proceedings are perhaps the paradigm, is at the heart of what we as judges ensure must happen.”