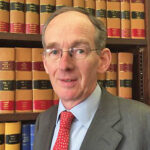 It is a great honour and a real pleasure to have been invited by the University of Exeter to give this, the inaugural Baroness Butler-Sloss Family Law Lecture. The pleasure is, I must admit, mixed with a certain degree of apprehension as I stand here and regard the Noble Baroness seated in her place of honour on the front row, fixing me with a kindly but beady stare that I know only too well! It is a position that I have found myself in on very many occasions starting, I believe, in the High Court in Middlesbrough as long ago as 1987 and continuing down the years through many court appearances and, more recently, appearing as a witness before a Parliamentary pre-legislative scrutiny committee that she chaired a few years ago.

These occasions have always been stimulating and enjoyable encounters which were often marked in the Court of Appeal by my failing to get out much more than my first sentence before the Bench would make a ‘helpful’ interjection and thus start a constructive dialogue which then might move far away from the points that I had intended to make!