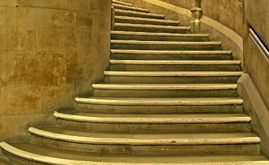 Stairs in the Royal Courts of Justice

The Planning Court deals with all judicial reviews and statutory challenges involving planning matters in accordance with Civil Procedure Rule 54.21 and Practice Direction 54E including appeals and applications relating to any of the following matters:

The Court was created because of the clear need to deal more swiftly with planning cases, large and small, in the interests of justice for everyone involved in the planning process. As a result new time limits, tighter than before and tighter than those for other cases within the Administrative Court, are now applied to planning cases. In addition, the Planning Liaison Judge has responsibility for identifying which cases might be considered to be particularly substantial or difficult and these cases are then usually allocated to a judge with a significant expertise of the issues at hand. The definition of a ‘significant’ case will be applied broadly but can be thought of as those applications involving a development with a substantial economic impact at a local, regional or national level or a case which seems to be particularly complex.

The new timetables are rigorous. In essence:

The Planning Court can sit in any of the regional Administrative Courts (Birmingham, Cardiff, Manchester, Leeds and Bristol). Hearing cases at court centres outside of London is particularly important given the inherent local nature of cases involving land disputes.

Read more about the Planning Court (external link, opens in a new tab)