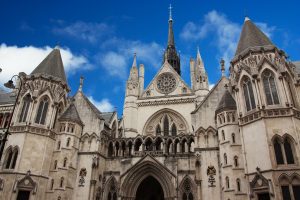 We are all familiar with media reports of a government minister who is forced to resign or dismissed for behaviour which is or is perceived to be inappropriate or for incompetence in the performance of his or her duties. There are also many press headlines which condemn a judge or magistrate, for example for handing down a “soft” sentence, but there are almost none which announce that the judge in question has resigned or has been dismissed as a result of that criticism. Many may wonder why steps are not taken to dismiss such judges or to force them to resign. Why is it that judges and magistrates appear to be unaccountable in the face of such criticism? Why is it that the way they are treated appears to be different to the treatment of many others, from government ministers and public officials, to the directors and employees of companies?

The truth is that the judiciary is accountable, but in a different manner. The reason for this difference is a fundamental feature of our constitution going to the very heart of our democracy. The difference stems from the need to ensure that judges are impartial and independent of central and local government and from pressures from the media, companies, and pressure groups while exercising their judicial functions. That need is also reflected in the constitutions of all democratic countries.

The extent to which the judiciary in England and Wales are accountable, how they are accountable, and why there is a need for judges to be completely independent from Government and other powerful groups, are difficult questions.

With some 35,000 men and women holding judicial office in England and Wales, the answers to these questions have a significant impact on our daily lives. They may affect the confidence people have in the ability of judges to uphold the rule of law. It is a complex area, but we hope that an understanding of some of the issues involved will help to put into perspective the way in which the courts deliver justice.

We aim to explain why judicial independence is a vital element of our democracy and the effect that has on the notion of judicial accountability. This section of the website also looks at the constraints placed on the judiciary by legislation enacted by Parliament, and the ways in which individual judges are accountable.

There is a huge amount of information on this subject. The information we give in this part of the judiciary’s website can only be a summary. For those who wish to explore a particular subject in more depth we give references and links to some of the helpful statements of the relevant principles by international bodies, by our judges, and by academics and politicians in lectures, speeches and papers.

Find out more about Independence

The principles of judicial accountability

Find out more about The principles of judicial accountability

How the judiciary takes complaints about judges very seriously

Find out more about Judicial conduct

Other forms of accountability

Find out more about Other forms of accountability

The justice system and the constitution

Find out more about the UK's three separate legal systems; for England and Wales, Scotland and Northern Ireland

Find out more about The justice system and the constitution

The right to appeal

Find out more about The right to appeal

Find out more about Judges and Parliament

Since April 2006, judicial appointments have been the responsibility of an independent commission

Find out more about Judicial appointments