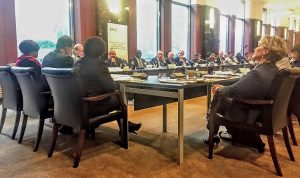 A SIFoCC meeting to discuss the landmark enforcement memorandum

A landmark Multilateral Memorandum on the Enforcement of Commercial Judgments for Money – the first of its kind – has been published by the Standing International Forum of Commercial Court (SIFoCC).

Started in 2017 by then-Lord Chief Justice, Lord Thomas, SIFoCC brings together the Commercial Court of the world to further mutual aims and share best practice. It has almost 40 member jurisdictions from five continents, each represented by senior judiciary including many Chief Justices.

This Multilateral Memorandum on Enforcement (opens in a new tab) sets out the procedures for enforcing judgments of one jurisdiction in the courts of another. It concerns commercial judgments requiring a person to pay a sum of money to someone else, although some contributions touch on the position with other forms of judgment. Importantly, the account is from the enforcing country itself.

With 32 of the SIFoCC member jurisdictions from all over the world, including England and Wales, Singapore, China, the United States, Australia, the Middle East and Africa contributing to the Memorandum, it is hoped this will prove a useful tool in global enforcement.

Enforcement was among the subjects put under the spotlight by the SIFoCC membership at the first meeting in London 2017. This was followed by approval of the contributions at its second meeting in New York in September 2018. The membership will reconvene in Singapore in March 2020, and the agenda is set to include equally relevant mutual interests impacting Commercial Court and their users. 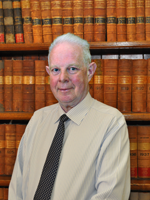 The aim of producing a collaborative tool such as the Memorandum, along with SIFoCC’s other work, is to demonstrate cooperation, provide a mutual understanding of laws and judicial processes in this area, and improve public perception and understanding.

Lord Thomas, former Lord Chief Justice of England and Wales, former judge of the Commercial Court and Chair of the SIFoCC Steering Group said: “This Memorandum is a landmark step. It shows to users the readiness of the world’s Commercial Court to enforce each other’s judgments. SIFoCC is pleased to have facilitated the exchanges that led to it.”

For more information on SIFoCC, its membership and its work, please visit www.sifocc.org (external link, opens in a new tab) or contact the Head of SIFoCC secretariat grace.karrass1@judiciary.uk