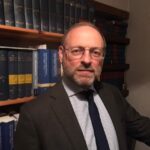 HH Judge Kramer is a graduate of Newcastle University. He was called to the Bar in 1982 and practised from chambers in Newcastle from 1983. He had a general common law practice which over the years lead to his specialising in property and commercial work, as well as employment, inquests, licensing and personal injuries. In 1999 he was elected a Fellow of the Chartered Institute of Arbitrators but retired as a Fellow on full time appointment. From 2000 to 2013 he was on the Attorney General’s Regional Panel of Counsel. He became a Deputy District Judge in 2000 and a Recorder (Chancery) in 2008. In 2013 he was appointed a full time District Judge in Newcastle, becoming the lead Chancery District Judge 3 years later. He was appointed as the Specialist Civil Judge of the Property and Business Court in Newcastle in November 2017. He is an associate editor of Charlesworth & Percy on Negligence (Sweet & Maxwell). 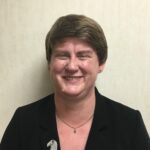 District Judge Michelle Temple was called to the Bar in 1992. After a pupillage at 1 New Square in London she moved to Broad Chare Chambers in Newcastle upon Tyne where she practised for 17 years before moving to Trinity Chambers. She specialised in Chancery and Commercial work with a particular interest in property and probate cases. She also developed a thriving Court of Protection practice, particularly in property and affairs matters. She was appointed as a Deputy District Judge in 2010 and was authorised to sit in Chancery work as a Deputy. She was appointed a full time District Judge with Chancery authorisation in April 2013. She is the Senior Chancery District Judge in Newcastle upon Tyne.

District Judge Terence Phillips was appointed as a DDJ in 2015.  He became authorised to hear BPC matters following his appointment as a full time District Judge in 2018.

He was admitted as a solicitor in 2006 and practiced at a multi-national law firm.  He specialised in insolvency litigation and worked with individual clients and office holders across a wide spectrum of disputes as well as advising in relation to regulatory matters for government departments.

District Judge David Hambler was appointed as a DDJ in 2015. He became authorised to hear BPC matters as a Deputy, and has continued to do so following his full-time appointment in 2019.

After graduating from Oxford and undertaking his post-graduate legal qualifications at the University of Northumbria, he was admitted as a solicitor in 2001 and practiced at a large national firm. His area of specialism was commercial and residential property litigation, and he dealt with a wide variety of contentious matters in this field on behalf of large companies, national charities, public sector bodies and individuals.