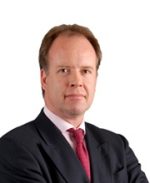 Following the election by the Court of Aldermen of the City of London, Her Majesty The Queen has appointed the Chief Coroner, HHJ Mark Lucraft QC, as the next Recorder of London, the lead judge at the Central Criminal Court. Judge Lucraft QC will take on some of the responsibilities of leadership at the Old Bailey with immediate effect. However, in the light of pressures on the coronial system as a result of the current pandemic, Judge Lucraft QC will remain in post as the Chief Coroner. He has agreed to do so over the coming months and this dual role will be kept under review. Like the wider justice system, the coronial system faces many and varied challenges over the coming months, but I am confident that with the guidance and leadership of the Chief Coroner, the Deputy Chief Coroners and an excellent team, together with all coroners and their staff, we are well placed to meet them.