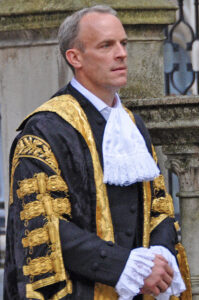 The Rt Hon Dominic Raab MP (external link, opens in a new tab) has been officially sworn in as Lord Chancellor. The Attorney General and the new Solicitor General were also sworn in at the same ceremony.

He replaces Robert Buckland, who had served in the role from July 2019.

Mr Raab, the Member of Parliament for Esher and Walton, moves from the Foreign Office, where he had been Foreign Secretary for more than two years,

At his swearing-in ceremony at the Royal Courts of Justice today (Thursday 23 September 2021), he said: “The country owes the Lord Chief Justice and the entire judiciary a debt of gratitude, for keeping the wheels of the justice system rolling throughout this awful pandemic.

“I look forward to working with the Lord Chief Justice and the other members of the Bench here today – as well as judges up and down the country.

“And as a solicitor, I look forward to working with and supporting our brilliant legal professions, our solicitors and barristers, to tackle the challenges we face.” 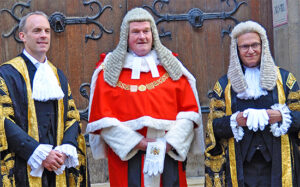 Mr Raab added: “I will be unflinching in upholding the long-held principles of the rule of law and the independence of the judiciary.

“As we all know, this is not just a matter of legal form, but a pledge to safeguard the fairness and freedoms which in our society are safeguarded under the umbrella of the rule of law and access to justice.”

The Lord Chief Justice, Lord Burnett of Maldon, said: “It is our great pleasure to gather this afternoon to receive the oaths and declarations of the Lord High Chancellor of Great Britain, Her Majesty’s Attorney General and Her Majesty’s Solicitor General.

“This is the first time since 2010 that the holders of all three offices have gathered in this court to swear oaths and make declarations at the same time. All three offices are central to the administration of justice in England and Wales and of great antiquity.” 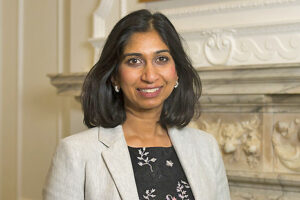 The Rt Hon Suella Braverman QC (external link, opens in a new tab), Member of Parliament for Fareham, was appointed Attorney General of England and Wales in February 2020 and remains in that role.

She has been sworn into the role again after taking six months’ maternity leave earlier this year. Michael Ellis MP filled in for her during her leave. 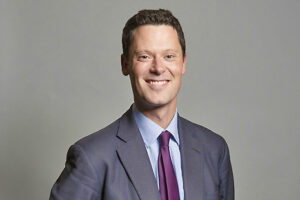 Alex Chalk (external link, opens in a new tab), Member of Parliament for Cheltenham, has been appointed Solicitor General of England and Wales by the Prime Minister. He was also sworn into the role today.

His previous position was Parliamentary Under-Secretary of State at the Ministry of Justice.

In his new position, Mr Chalk will be deputy to the Attorney General, with the responsibility to advise the Cabinet on legal matters.