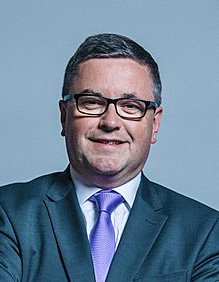 The Rt Hon Robert Buckland QC (external link, opens in a new tab) MP has been officially sworn in as the new Lord Chancellor.

The former Prisons Minister was appointed as Lord Chancellor and Secretary of State for Justice by the newly-installed Prime Minister Boris Johnson.

Mr Buckland is a barrister, having been called in 1991. The Member of Parliament for Swindon South, he previously served as Solicitor General between 2014 and 2019.

At his swearing-in ceremony at the Royal Courts of Justice on Tuesday (30 July 2019), he said: “I have sworn an Oath that I will defend the independence of the judiciary and respect the rule of law. It is the safeguard of fairness and freedom in our society, providing for important principles like equality under the law and access to justice.

“I will work hard to maintain our international reputation for excellence we have when it comes to our legal services and our judiciary.

“Here at home, I want people to have confidence in a justice system that is fair, open and accessible, that protects victims and makes our streets safer – a justice system of which we can all be proud and whose values will and must endure.”

The Lord Chief Justice, Lord Burnett of Maldon, told him: “We look forward to working closely with you in our joint endeavour to uphold the rule of law and independence of the judiciary and to improve the administration of justice.” 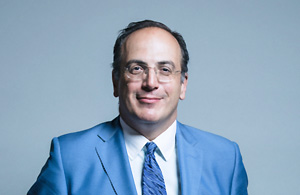 They also carry out a number of functions in the public interest, such as considering unduly lenient sentences, and taking action when there has been a contempt of court. These functions are carried out independently of their role as a Government minister.