The Resident Judges of the Business and Property Courts are Senior Circuit Judges who sit principally in Leeds but also in Newcastle from time to time and at the Royal Courts of Justice in London. They are each authorised to sit as Judges of the High Court in all the jurisdictions of the Business and Property Courts’ work. In addition, substantial High Court cases may be listed before a High Court Judge. 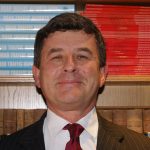 HH Judge Davis-White QC was called to the Bar in 1984. He was appointed QC in 2003. His practice was grounded in the fields of company, insolvency and financial services law but also encompassed a broad commercial, regulatory and governmental practice. He was a member of the Attorney-General’s Civil “A” panel, a Senior Decision Maker of the Guernsey Financial Services Authority and, in the latter part of 2016, was appointed to be a Judge (acting) of the High Court, Eastern Caribbean Supreme Court sitting in the Commercial Court in the British Virgin Islands. He was appointed a Recorder in 2009 and a Deputy High Court Judge sitting in the Chancery Division in 2013.  Since December 2016 he has been a Specialist Chancery and Circuit Commercial Judge, principally based on the North Eastern Circuit. He is the lead Chancery Circuit Judge for the North Eastern Circuit. He was the joint author with Professor Sandra Frisby of Kerr on Receivers and Administrators (19th Edn) and is joint author, with Professor Adrian Walters, of Directors Disqualification and Insolvency Restrictions. 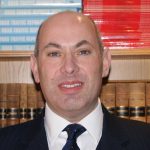 HH Judge Klein was called to the Bar in 1992 and had a broad Chancery and Commercial practice, with a particular emphasis on commercial property and contentious private client disputes. He was a member of the Attorney-General’s Regional Panel of Counsel from the inception of the Panel in 2000 until 2012. In 2010 he was appointed a Civil Recorder and, in the same year, was authorised to hear Chancery Business. In 2013 he was appointed a Deputy High Court Judge in the Chancery Division. Since February 2017 he has been a Specialist Chancery and Commercial Circuit Judge, principally based on the North Eastern Circuit. He is the lead Circuit Commercial Judge for the North Eastern Circuit.

From 2010 until 2016 Judge Klein was a barrister member of the Inns Conduct Committee and since 2016 he has been a member of the Civil Procedure Rules Committee.

Whilst at the Bar, Judge Klein was a contributing editor of the Landlord & Tenant Factbook (published by Sweet & Maxwell) and an author of Butterworth’s Property Insolvency. 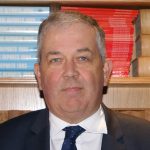 HH Judge Mark Gosnell was admitted as a Solicitor in 1981 and was a partner in a High-Street Practice in Lancashire. He specialised mainly in personal injury and clinical negligence work. He was appointed a Deputy District Judge in 1993 and a District Judge in 1998. Whilst a District Judge in Manchester, he specialised mainly in industrial disease, catastrophic injury and clinical negligence cases. He was also a Regional Costs Judge.  He was appointed a Recorder in 2005 both in the criminal and civil jurisdictions. In October 2010, he was appointed Designated Civil Judge of Leeds and North Yorkshire and in 2012 he became DCJ of the Bradford and West Yorkshire group of courts. He is a course tutor on the Specialist Course at the Judicial College and has lectured extensively on topics such as case management, housing law and costs.

HH Judge Saffman was admitted as a solicitor in 1977. He was a senior partner and Head of Commercial Litigation and Insolvency of a Leeds firm of solicitors until 2001 when he was appointed a District Judge sitting in Manchester, having been a Deputy District Judge since 1995. In 2004, he transferred to his hometown of Leeds. He was a Chancery District Judge from 2001 to April 2013, when he was appointed to the Circuit Bench. He was chair of the Chancery District Judges Group and a member of the small team responsible for the redrafting of the Insolvency Practice Direction that came into effect in July 2014.

He has lectured on civil procedure, Trusts of Land and Appointment of Trustees Act 1996 and Directors Disqualification and has contributed to legal periodicals on insolvency. 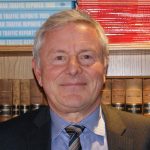 District Judge Jeff Goldberg was admitted as a solicitor in 1985 and was a Partner and Financial Director of a commercial practice in Leeds for 14 years. He specialised in Commercial litigation. 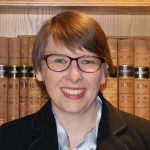 Her Honour Judge Claire Jackson was called to the Bar in 2002, following a career in the City and in Whitehall.

Whilst at the Bar she had a Chancery and Commercial practice with a particular specialism in insolvency and company law disputes. In 2013 she was appointed a Deputy District Judge and the following year was issued a Chancery ticket. In 2016 she was appointed a District Judge. Since November 2020 she has been a Specialist Civil Circuit Judge, principally based on the North Eastern Circuit. Whilst at the Bar, Judge Jackson was the Specialist Insolvency Editor of Jowitt’s Dictionary of English Law (3rd Edition).

She was also a contributor and editor of the online Westlaw Encyclopaedia focusing on insolvency entries and a contributor to the Enterprise Chambers Annotated Guide to Insolvency. Judge Jackson was the District Bench representative on the Insolvency Rules Committee 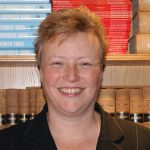 District Judge Siobhan Kelly was called to the Bar in 1995. She specialised mainly in clinical negligence and personal injury work. She was appointed as a Specialist Civil Recorder and Deputy District Judge in 2010 and as an Assistant Coroner between 2012 and 2016.

She was appointed as a District Judge in Leeds in 2014 and in the same year was authorised to hear Chancery and Commercial work.  She is a Course Tutor on the Specialist Course at the Judicial College. 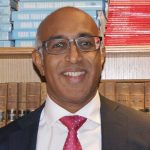 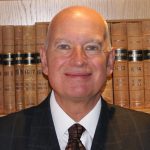 District Judge Patrick Troy was appointed as a full time District Judge in 2011 originally to Newcastle and then to Leeds from 2013. He has sat in the specialist Chancery jurisdiction from the outset with a particular specialism in TOLATA and Inheritance Act cases following on from his experience of some 25 years as a solicitor in that field.

He is a Course Tutor at the Judicial College, primarily with regard to Financial Remedy Proceedings in Divorce but also with any associated topics – whether by way of TOLATA or other trust issues.