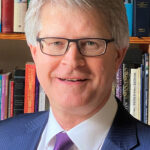 His Honour Judge (Mark) Cawson QC was called to the Bar in 1982. He practiced from Chambers in Manchester and London until 2020, taking Silk in 2001.

His practice encompassed a broad range of Chancery and commercial work, with an emphasis on company and insolvency, professional negligence, commercial property and contract disputes. He was also an accredited mediator.

He was appointed as an Assistant Recorder in 1998, and a Recorder in 2000, initially sitting on Crime. He was subsequently appointed as a Deputy High Court Judge in 2004, authorised  to sit in the Chancery and Queen’s Bench Divisions. In this latter capacity he sat on a number of reported decisions.

He was appointed as a Specialist Circuit Judge, sitting in the Business and Property Courts in Manchester, with effect from 30 November 2020.

Mark primarily sits on Chancery work, but is also authorised to sit in other jurisdictions of the Business and Property Courts, and at other locations including Liverpool and London. 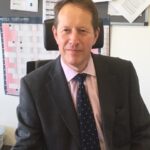 His Honour Judge Stephen Davies was called to the Bar in 1985 and practised in business and property litigation from chambers in Manchester from 1986 until 2007.

He became a part-time Crown Court Recorder in 2002. He was appointed a Deputy Judge of the Technology and Construction Court in 2006. He was appointed a full time Circuit Judge in January 2007, sitting initially in the Birmingham Civil Justice Centre and then transferring to Manchester as a Specialist Circuit Judge in October 2007 when the Manchester Civil Justice Centre opened.

Since 2007 he has sat in Manchester as one of the two permanent Technology and Construction judges as well as sitting in the Circuit Commercial Court and in the Chancery Division.

He also sits in the Queen’s Bench Division and in the Administrative Court (including the Planning Court) as well as in the County Court and the Upper Tribunal (Immigration and Asylum Tribunal). He will sit in Business and Property Courts in Liverpool when required. 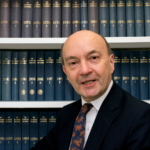 His Honour Judge Eyre QC was called to the Bar in 1981 having read law at New College, Oxford, graduating with a first-class BA degree in Jurisprudence in 1979 and the degree of BCL in 1980. He gained the degree of LLM in Canon Law from Cardiff University in 2009.

Taking silk in 2015 and practising from chambers in Birmingham Stephen Eyre had a broad Chancery and Commercial practice with a particular emphasis on property, insolvency, banking, professional negligence and probate disputes. He also practised as a mediator in those fields from 2006 until his appointment as a Circuit Judge and was formerly a committee member of the Midland Chancery and Commercial Bar Association. He served on the Complaints Committee of the Bar Standards Board.

Judge Eyre QC’s judicial career began with appointment as a recorder in 2005 and he was appointed a fee-paid judge of the First-tier Tribunal: Health, Education and Social Care Chamber (Mental Health) in 2007. He is the Chancellor of the Dioceses of Coventry and of Lichfield.

Appointed to the Circuit Bench in 2015, Judge Eyre QC was subsequently appointed a Deputy High Court Judge. In 2017, he was appointed a Specialist Civil Circuit Judge to sit in the Business and Property Courts in Manchester and Liverpool.

Judge Eyre QC is now one of the two permanent Technology and Construction judges in Manchester. In the Business and Property Courts he also sits in the Circuit Commercial Court and in the Chancery Division. In addition Stephen Eyre sits as a judge of the Administrative Court (including the Planning Court) and of the Upper Tribunal (Immigration and Asylum Tribunal). Based in Manchester Judge Eyre QC sits in Liverpool when cases require his presence there. 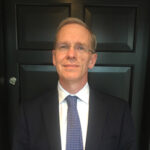 His Honour Judge Halliwell was called to the Bar in 1985. Until June 2018, he practised from chambers in Manchester specialising in the law of property, trusts and probate. His professional practice also encompassed insolvency, professional negligence and commercial law. He is the author of “Distribution on Intestacy” (FT Law and Tax). In 2002, he was appointed to sit as a Recorder and, in June 2018, he was appointed to sit as a Specialist Civil Circuit Judge in the Business and Property Courts in Manchester. 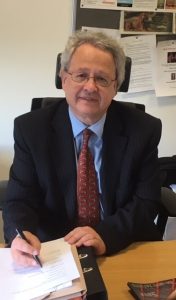 His Honour Judge David Hodge QC is a Specialist Chancery Circuit Judge sitting principally in Manchester and Liverpool. He read law at University College, Oxford, graduating with a first-class BA degree in Jurisprudence in 1977 and the degree of BCL in 1978. He was called to the Bar in 1979, took silk in 1997 and was elected a Bencher of Lincoln’s Inn in 2000. He is the Deputy Chancellor of the Diocese of Blackburn.

David practised at the commercial Chancery Bar in Lincoln’s Inn between 1980 and 2005, first at 9 Old Square and, following its merger, at Maitland Chambers. He specialised in property litigation and related professional indemnity work.

His judicial career began sitting in crime, first as an assistant recorder (from 1998-2000) and then as a recorder (from 2000-2005). He was appointed to sit as a deputy High Court Judge of the Chancery Division in 2004, and then as one of the two Specialist Chancery (Senior) Circuit Judges on the Northern Circuit in November 2005. He sits principally hearing High Court Chancery cases in Manchester and in Liverpool, although he is also authorised to sit in the Queen’s Bench Division, the Circuit Commercial Court, the Technology and Construction Court and the Court of Protection. He has been appointed to sit in the Tax and Chancery Chamber and the Lands Chamber of the Upper Tribunal. David has contributed the    chapter on Chancery Matters to the last five editions of Foskett on Compromise (1996-2015) (Sweet & Maxwell). He is also the author of Rectification: The Modern Law and Practice Governing Claims for Rectification for Mistake (Sweet & Maxwell). He has also written articles for the Conveyancer & Property Lawyer (Sweet & Maxwell). 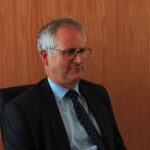 His Honour Judge Pearce was called to the Bar in 1985. He practised in the sphere of common law, latterly specialising in clinical negligence and personal injury work, as well as medial regulation and professional negligence. He was appointed a Recorder in 2005 and a full-time civil Circuit Judge in 2015, sitting initially in Chester and Liverpool and more recently in Manchester. He sits in the Queen’s Bench Division and Administrative Court, as well as the Circuit Commercial Court, the Technology and Construction Court and the Chancery Division. He has been involved in the Court Reform programme, including work on the online court.

District Judge Adrian Bever was admitted as a solicitor in 1993. He was appointed as a Deputy District Judge in 2005 and a District Judge, assigned to the Northern Circuit, from November 2011 and is now based at Manchester Civil Justice Centre. 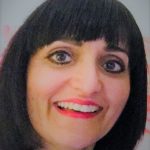 District Judge Matharu was admitted as a solicitor in November 1991. She was a commercial litigation partner in practices in Newcastle upon Tyne. She acquired Higher Rights of Audience at that time. She was appointed as a Deputy District Judge in 2004 and a District Judge in 2009, when she re-located to the North West. She has been a BPC judge since 2010. She is also a specialist Court of Protection Judge. She has been a Judicial College tutor since 2010 and was Course Director for Civil Continuation, DDJ Induction and Recorder Induction until 2019. She is now a Course Director for Court of Protection and a cross  jurisdiction tutor. 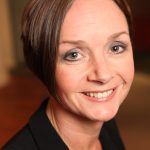 District Judge Woodward was called to the Bar in 1989. Before being appointed to the District Bench she specialised in employment and discrimination law and in commercial litigation. She was appointed a fee-paid Employment Judge in 2005, a Deputy District Judge in 2015, and a District Judge and Recorder in 2018. She is based at the Manchester Civil Justice Centre and is authorised to sit in the small claims track of the IPEC.