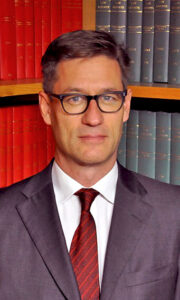 Sir Antony Zacaroli was called to the Bar in 1987 and took silk in 2006. He specialised at the Bar in business, financial, insolvency and restructuring law. He was a trustee and management committee member of Advocate (formerly the Bar Pro Bono Unit) from 2001 to 2020.

He was appointed a Justice of the High Court, Chancery Division, in November 2017. He was President of the Upper Tribunal, Tax and Chancery Chamber from 2018 to 2022 and continues to sit as a judge of that tribunal.

He was appointed as Chair of the Insolvency Rules Committee in 2018. He sits as a chairman of the Competition Appeal Tribunal, and is authorised to sit as a judge of the Financial List and as a judge of the Patents Court.

He was appointed Business and Property Courts Supervising Judge for the Midland, Western and Wales Circuits in November 2021. 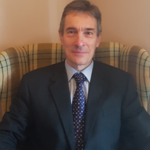 HHJ Brian Rawlings qualified as a solicitor in 1986. On qualification he moved to the Birmingham office of what was then Edge & Ellison, spending his first two years working in commercial litigation. Thereafter he specialised in Contentious Corporate Insolvency, Corporate and Banking work.

In 1997 he moved to the Birmingham offices of Eversheds LLP where he continued to undertake Contentious Corporate Insolvency, Corporate and Banking work. In 2000 he was granted Higher Rights of audience entitling him to appear in the Higher Civil Courts and in 2001 he obtained a License to practice as an Insolvency Practitioner. 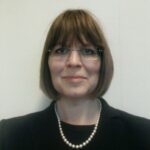 In 1989 she joined the Birmingham office of Edge Ellison (now Squire Patton Boggs) and became a partner there in 1994. Her practice was in commercial litigation. She acted in disputes involving construction and engineering, commercial contracts, corporate finance, and professional negligence. She was an accredited mediator, specialising in engineering disputes.

She is authorised to sit as a Judge of the High Court in the Technology and Construction Court, the Circuit Commercial Court and the Chancery Division. She is a course tutor for the Judicial College Civil training course. 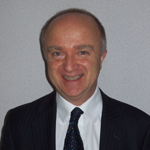 HHJ Worster was called to the Bar in 1980 and practised in Birmingham from 7 Fountain Court and St Philips Chambers. Much of his work was in the Birmingham Mercantile and Chancery Courts. He was a member of the AG’s Panel from 1995-2007.

HHJ Worster is the designated Circuit Commercial Judge for Birmingham, and is currently the Lead Judge for the Business and Property Courts in Birmingham.

He is also authorised to sit as a Judge of the High Court in the Chancery and Queen’s Bench Divisions, the TCC, the Administrative Court and the Planning Court, and is a Judge of the Upper Tribunal Immigration and Asylum Chamber.

He is a Bencher of Lincoln’s Inn.

HHJ Richard Williams qualified as a solicitor in 1992.

HHJ Emma Kelly was called to the Bar in 1997. She practised in Birmingham from 1, Fountain Court and then from St Philips Chambers. Much of her practice involved Chancery matters, particularly property and probate litigation.

She is now the Designated Civil Judge for Birmingham. HHJ Emma Kelly is authorised to sit as a Judge of the High Court in the Chancery Division and the Queen’s Bench Division, including in the Administrative Court. She is also authorised to hear Court of Protection cases. 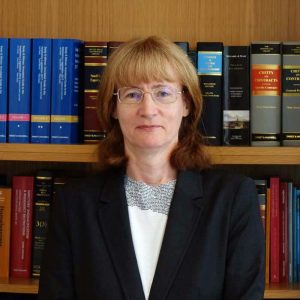 HHJ Delia Truman trained as a solicitor with a long-established Midlands firm then known as Haden & Stretton. She subsequently became a partner in the firm’s Civil Litigation Department.

She became a Circuit Judge in 2018, and deals with a wide variety of Civil cases, including BPC work in the County Court. She formerly served as a member of the Insolvency Rules Committee. 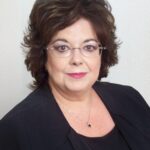 HHJ Jane Ingram qualified as a solicitor in 1985, and became a Partner in a leading West Midlands Law Firm in 1987. She was Head of the Firm’s Dispute Resolution Department with a practice was in general Commercial Litigation, TCC; Building Disputes; Company and Partnership litigation. She was also an accredited Mediator.

HHJ Ingram has been a Civil Tutor Judge with the Judicial College since 2013 and is also a Supervisor CJ.

HHJ Stephen Murch was called to the bar in 1991.  After pupillages in a Chancery and then a specialist property law set of Chambers, he practised in London with most of his work being focused upon disputes relating to the ownership and use of land.

He was appointed a Circuit Judge in 2021, receiving authorisation at the same time to continue to hear Business and Property Court matters.

He was elected a Bencher of Lincoln’s Inn in 2016 and was one of the founder Governors of the Inns of Court College of Advocacy.  Since 2020 he has been a civil tutor for the Judicial College.

District Judge Asif Malek was called to the bar in 1998 and completed a chancery pupillage in London.

He then worked in-house in the tax/trust department of a major private bank, the Mergers and Acquisitions tax team in one of the “big four” firms of accountants and the private client tax team in a nationally recognized law firm before returning to independent practice at the Manchester bar.

DJ Malek has cross qualified as a solicitor and as a Chartered Tax Advisor, becoming a member of the Chartered Institution of Tax Advisors and then the Society of Trust and Estate Practitioners. He also served on the Law Society Income Tax Law Sub-committee. He has written widely on tax, chancery and litigation matters. He has an interest in technology and serves as the ADJ Joint National IT Lead Judge for the District Bench.

District Judge Anthony Rich TD qualified as a solicitor in 1981. On qualifying he took up a litigation post in the City of London, whilst gaining an MA in International Business Law.

After a further post in London he moved in 1986 to Birmingham to join Cartwright & Lewis, solicitors, where in due course he was elected as The Senior Partner.

He left private for public practice in 2004 becoming General Counsel (or equivalent) in a number of public authorities. His last post before appointment as a full time District Judge was as General Counsel to the Legal Ombudsman.

In 2012 he was appointed a District Judge. DJ Rich is fluent in French & German. His other duties including acting as a Training DJ, as a personal injury/ clinical negligence specialist DJ and as a Diversity & Community Relations Judge.

District Judge Augustine Rouine was admitted as a solicitor in 1991.

He practised for most of that time as a general commercial litigator, but with a particular interest in contentious construction work. 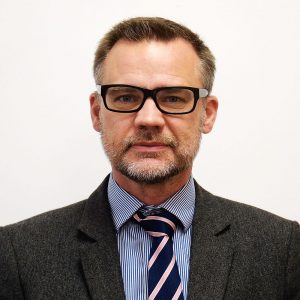 District Judge Daryl Shorthose was admitted as a solicitor in 1994 having completed a training contract at Shoosmiths & Harrison in Northampton.

He worked in banking litigation, insolvency and general civil litigation before moving to Birmingham in 1996 to specialise in insolvency and restructuring with a number of local firms including Gateley Wareing, Hammond Suddards Edge, Shoosmiths, Cobbetts and DWF.

District Judge Saira Singh was admitted as a solicitor in 1994, having completed her training contract at Lovell White Durrant (now Hogan Lovells).

At Lovells, she specialised in commercial and insurance litigation, professional indemnity work and reinsurance arbitration. In 2009, she took up a role in the Dispute Resolution and Arbitration teams at Practical Law (a leading provider of online knowhow, now part of Thomson Reuters), and between 2013 and January 2020, she was Director of Practical Law Arbitration.

District Judge Robert Talog-Davies was admitted as a Solicitor in 1996 having been articled at the Firm of William Jones and Talog-Davies, Ruthin, North Wales.

Practised in the North Wales area for the length of my career as a Solicitor and specialised in Chancery work for a significant proportion of that time.