The Commercial Court deals with complex cases arising out of business disputes, both national and international from the modern purpose-built Rolls Building in Fetter Lane.

About 75% of the Commercial Court’s work is international; that has been the case for at least 20 years.

About 800 claims are issued in the court each year, and roughly 1,000 hearings take place. All trials and interlocutory applications are heard by a High Court Judge or Deputy High Court judge. There is a strong emphasis on active judicial case management. 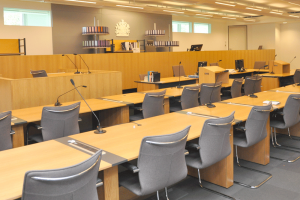 There is particular emphasis on:

The work of the Commercial Court is governed by Part 58 of the Civil Procedure Rules (external link, opens in a new tab)

The Court is now in its 126th year – see foot of the page for a history of the Court.

The Court adapted its ways of working very quickly in order to ensure its continued smooth running.

On Wednesday 18 March 2020, all hearings were proceeding in court as usual. By Friday 20 March 2020, every single hearing in the list was virtual.

Since then, the Court has held hundreds of virtual hearings, ranging from short case management conferences, through to lengthy witness actions with factual and expert witnesses appearing from multiple countries.

The Court has successfully overcome practical barriers to maintain a “business as usual” service to its users throughout the pandemic. In fact, more hearings took place between the start of lockdown and the end of September 2020 than for the equivalent period in 2019. The Court is operating to its usual lead times with no COVID-related backlog.

This astonishing result has been achieved with assistance from the court staff and the legal profession, who have proved themselves ready to adapt in order to continue to provide an effective service to the Court’s users.

Some specific points of interest:

The History of the Court 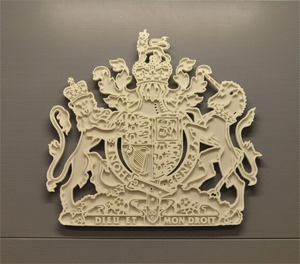 The Commercial Court was set up in 1895 following demands from the City of London and the business community for a tribunal or court manned by judges with knowledge and experience of commercial disputes which could determine such disputes expeditiously and economically, thereby avoiding tediously long and expensive trials with verdicts given by judges or juries unfamiliar with business practices.

Many of greatest common lawyers of the last 120 years have sat as judges of the Commercial Court: from Lord Justice Scrutton and Lords Atkin and Wright in the early decades of the last century, to Lord Devlin and Lord Diplock in the 1950s and, in the more recent past, Lord Goff and Lord Bingham.

The commercial list was originally heard by one judge of the Queen’s Bench Division with the appropriate knowledge and experience (with two reserve judges in case of illness or absence on circuit). As the work of the Court has expanded, approximately eight judges sit in the Court at any one time at present, drawn from a complement of up to 15 specialist judges authorised to sit in the Court.

From the outset the Commercial Court has been in the vanguard of introducing flexible procedures to deal with the disputes before it as effectively as possible. One of the original judges, Mathew J, would, where appropriate dispense with formal pleadings and disclosure and decide issues of principle on agreed facts. The Court has managed and tried the heavy and complex litigation arising out of various financial crises, including the problems of the Lloyd’s insurance market in the 1980s and early 1990s and, more recently, the global financial crisis of 2007-2008. Many of the reforms to civil procedure introduced by the Civil Procedure Rules in 1998 had been part of the practice and procedure of the Commercial Court for some years. Because all interlocutory applications in the Commercial Court are heard by the judge themselves and not by Masters, active case management is possible.

The current work of the Court encompasses all aspects of commercial disputes, in the fields of banking and finance, shipping, insurance and reinsurance and commodities. The Court is also the principal supervisory court for international arbitrations, with a seat in England and Wales, dealing with the granting of freezing orders and other relief in aid of arbitration, challenges to arbitration awards and enforcement of awards.

An exhibition celebrating the history of the Commercial Court has been installed on the third floor of the Rolls Building, to commemorate the 125th Anniversary of the founding of the Court.