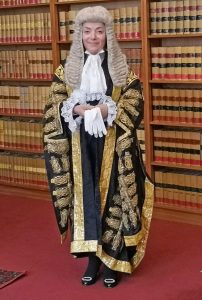 The new President of the Queen’s Bench Division, Dame Victoria Sharp, was sworn in at a ceremony in the Lord Chief Justice’s Court on Tuesday, 25 June.

Dame Victoria, formerly Vice President of the Queen’s Bench Division (opens in a new tab), succeeds Sir Brian Leveson, who retired last week. Described at her swearing-in ceremony as a ‘trailblazer’, she is the first woman to hold the position.

Called to the Bar by the Inner Temple in 1979, she took silk in 2001, practising in defamation and media law. She became a Deputy High Court Judge before joining the Queen’s Bench Division as a High Court Judge in 2009.

Speeches were made in her honour by the Lord Chief Justice, Lord Burnett of Maldon; Lord Garnier QC formerly of One Brick Court in London, where Dame Victoria practised; Chair of the Bar Richard Atkins QC; and President of the Law Society Christina Blacklaws. 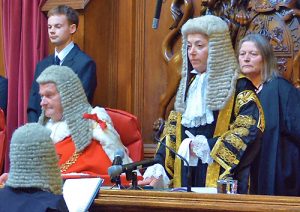 Dame Victoria Sharp being sworn in, with the Lord Chief Justice

Christina Blacklaws told Dame Victoria: “I want to commend you as the first woman to hold this esteemed position as President of the Queen’s Bench. Whilst soon I hope there will be no more firsts for women to reach in the legal profession, this should not take away from the need to celebrate each as they happen.

“Your Ladyship has always been a trailblazer and I have no doubt you will bring the passion and dedication you have brought to your legal and judicial career so far to this crucial role at these challenging times.”

In his speech, the Lord Chief Justice said: “Dame Victoria has taken on one of the biggest jobs in the law.

“The role requires energy, leadership and vision, all of which Dame Victoria has in abundance. She will bring wisdom, insight and, if I may say so, a sense of fun to her new role.

“We congratulate her on her appointment and wish her well as she embarks on the next stage of her most remarkable career.” 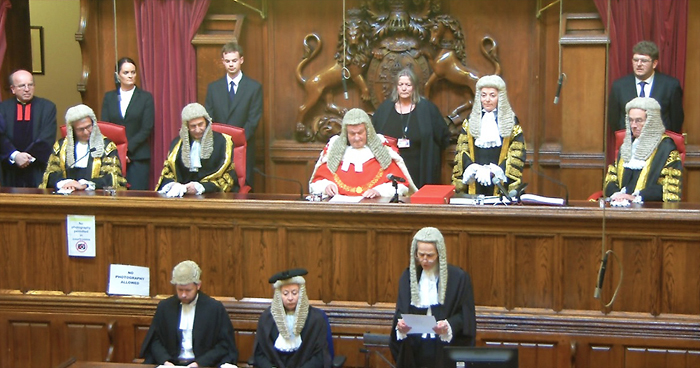 Dame Victoria Sharp is sworn in, with from left, the Chancellor of the High Court Sir Geoffrey Vos; Master of the Rolls Sir Terence Etherton, the Lord Chief Justice, Lord Burnett of Maldon; and President of the Family Division Sir Andrew McFarlane.

Speech by Lord Chief Justice (opens in a new tab)

Speech by Lord Garnier (opens in a new tab)

Speech by Richard Atkins QC (opens in a new tab)

Speech by Christina Blacklaws (opens in a new tab)